Cycle all or part of the Cabot Trail which, according to Lonely Planet, is one of the world's top ten cycling destinations.

...And now we're making it even better!  As work proceeds on upgrading the Cabot Trail, we are making every effort possible to provide a paved shoulder for cyclists. Road inclines are marked in steeper areas and bike stands have been installed at several locations.

Length of the steepest inclines 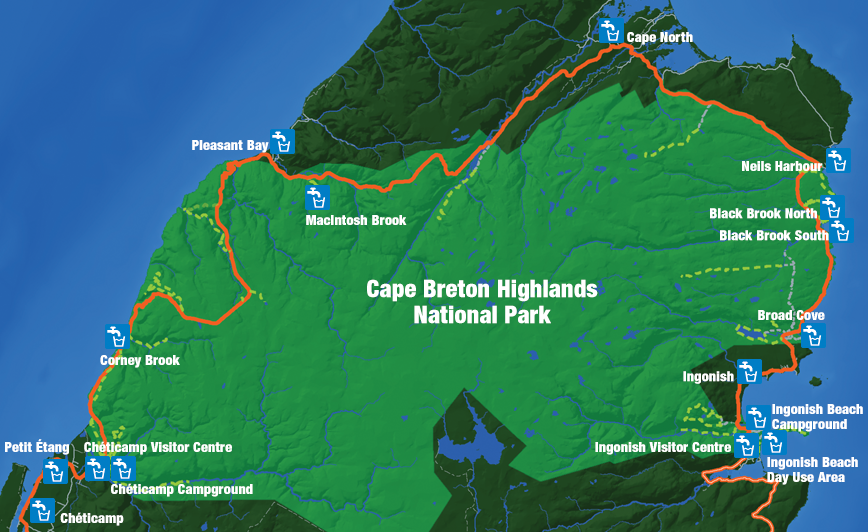 Here is a list of places you can find potable water along your bike ride. Check at the Ingonish and Chéticamp visitor centres for daily updates for availability of potable water sources.

Most of the locations mentioned are within the boundaries of the park, but we are also including the communities of Chéticamp, Petit Étang, Pleasant Bay, Cape North, Neil’s Harbour, Ingonish and Ingonish Beach, where water can be purchased.

Distances between the park's campgrounds 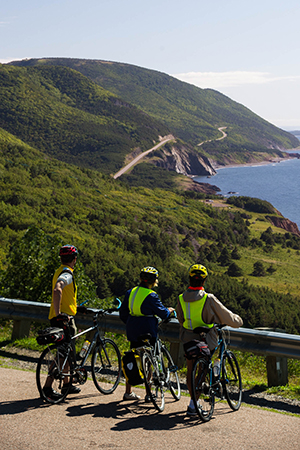 Cycling along the Cabot Trail, one of the world's top ten cycling destinations.

All secondary and campground roads are also suitable for cycling. Please use caution on gravel roads and trails, especially after heavy rains.

Please remember that Nova Scotia law requires cyclists of all ages to wear a helmet (on and off-road) and states that cyclists have the same rights and responsibilities as motorists.