There are 29 species of small mammals in Jasper. They range in size from the pygmy shrew, which weighs only a few grams, to the beaver, which can weigh up to 20 kilograms. Except for shrews, bats and rabbits, these animals are all rodents. Following is a brief sampling of some of the more prominent small mammals in the park. 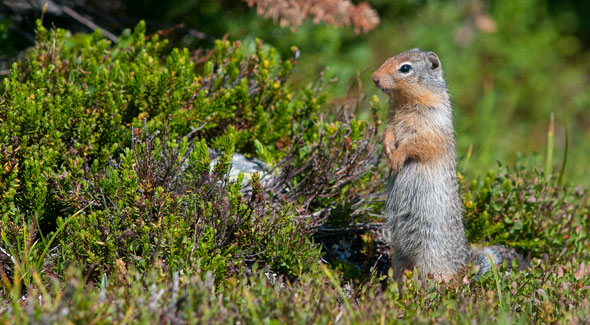 The Columbian ground squirrel is the most commonly seen animal in the park during the summer. Although they hibernate for up to seven months, they are important prey for grizzly bears, coyotes, wolves and golden eagles. A winter hibernator, this ground squirrel may be seen throughout the park from the montane valleys to the alpine. 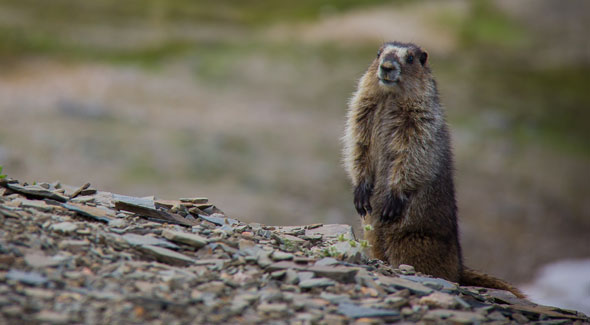 Hoary marmots are colonial animals that live in the alpine zone. One of the largest rodents in the park, marmots reach weights of up to 12 kilograms. Marmots can be seen on a number of day hikes in the park, including The Whistlers, named after the loud whistling sound a marmot makes when alarmed. 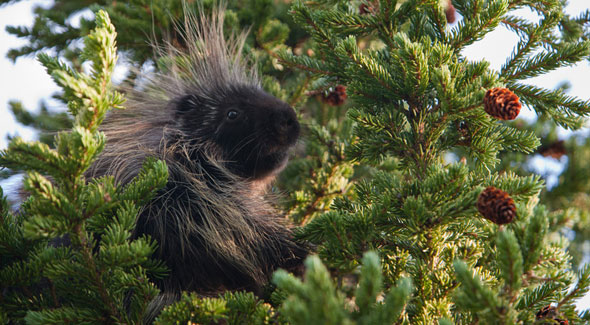 Porcupines are common in the subalpine forests throughout the park. Like other rodents, porcupines chew bones and antlers to gain minerals. They are frequent visitors to backcountry campgrounds, mainly because tools and backpacks that humans have touched have a delicious salty residue left on them. 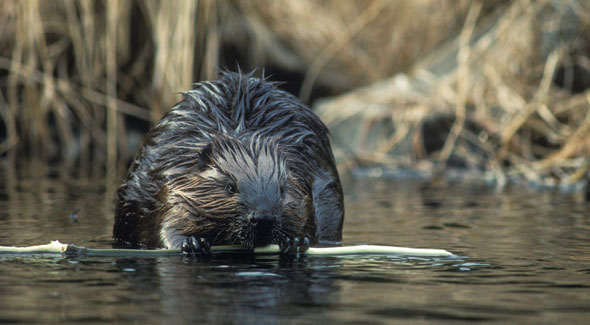 The beaver is the largest rodent in the park and usually hard at work in valley-bottom streams and ponds building lodges and practically indestructible dams out of sticks, stones, and mud. Hike around Cottonwood Slough on Pyramid Bench, or the Valley of Five Lakes south of town, about dawn or dusk to catch a glimpse of the industrious creatures. These wide-tailed toothy fellows eat the rich, pulpy cambium layer of tree bark. Their favourite flavour? Aspen.

The animal that became Canada's symbol was trapped to near extinction for its pelt and only concerted efforts by early conservationists, namely Parks Canada's first naturalist/interpreter Grey Owl (Archibald Belaney), saved it. 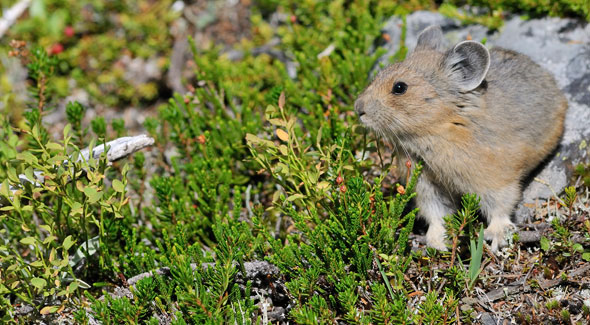 The pika or "rock rabbit" is the smallest member of the rabbit family. They live on rock slides and talus slopes from 6,000 to 8,500 feet. Although well camouflaged, pikas can often be located by their piercing call that sounds like a high-pitched "eep". They are often seen on the rockslides at Mount Edith Cavell.