At the Fortress of Louisbourg, the ruins and partial reconstruction of an 18th century French colonial town recall a short and turbulent history.

Through the town to the quay / De la Plagne Property

Eastward along the Quay

As a fishing port, military base and centre of commerce, Louisbourg briefly shared front rank importance in France's overseas empire.  Home to a transplanted European civilization, it flourished for less than half a century, and then it was extinguished by military conquest. None of its structures survived the next two centuries.

In 1961, the Government of Canada began a $25 million project aimed at reconstructing approximately one-quarter of the original town and fortifications. Within this area the buildings, yards, gardens and streets are being recreated as they were during the 1740s, immediately preceding Louisbourg's first siege. Almost all of the buildings on site are reconstructions built between the 1960s and 1980s, though many incorporate original foundations.  Abandoned after 1760, Louisbourg became the only major colonial town without a modern city built on top of it.

The work at Louisbourg has required an inter-disciplinary research effort. Archaeological excavation has yielded millions of artifacts as well as the ruins of fortifications and buildings. Some 750,000 pages of documents and 500 maps and plans have been copied from archives in France, England, Scotland, the United States and Canada. The historical evidence reveals much about life at Louisbourg and provides an excellent base for the study of the French in North America.

Learn more about the history of Louisbourg by following the links below, or by selecting an area of interest on the map. When on site, your tour of the Fortress usually begins at the Desroches fishing property (#1 on the visitor map, and inset in the map below), but online, you're in control! 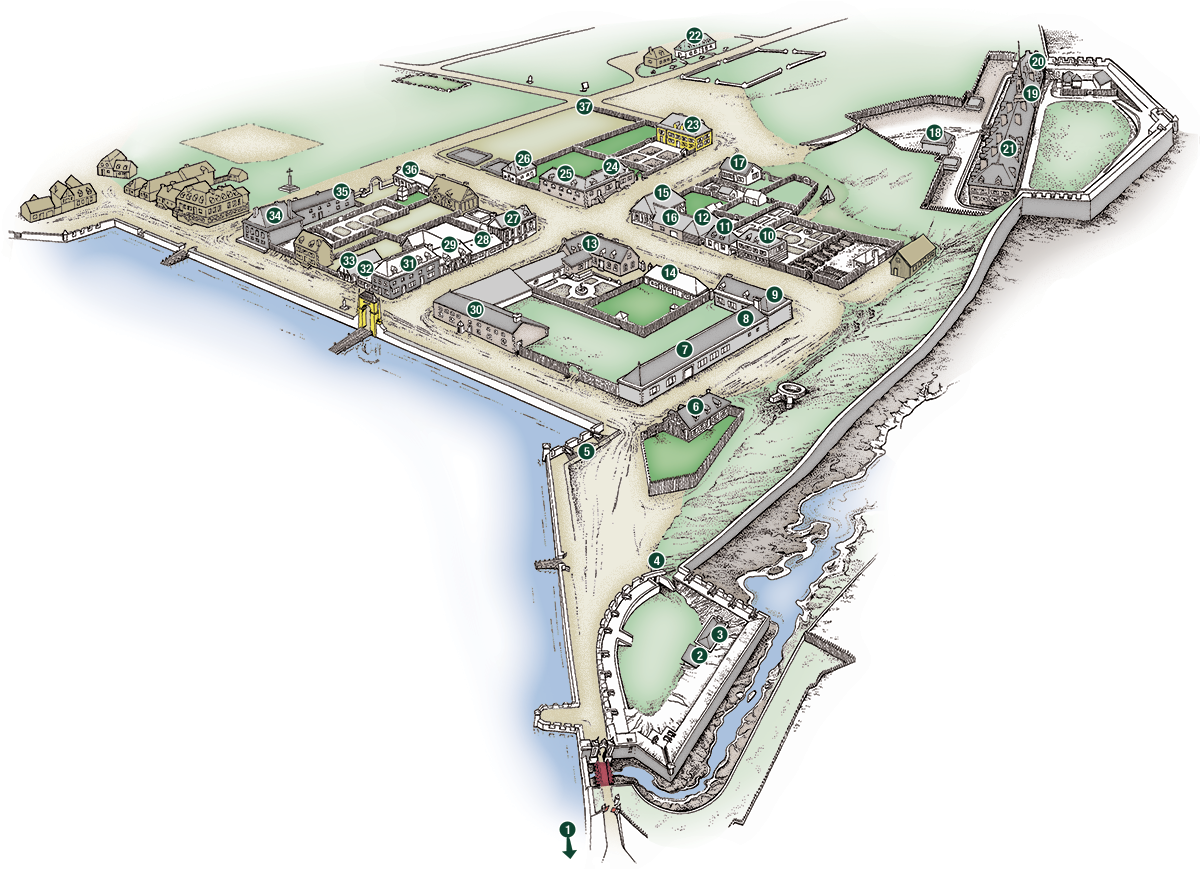