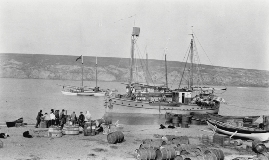 The Canadian Arctic Expedition of 1913-1918 was the first major scientific expedition to the Arctic supported by the Canadian government. During the five years of the expedition, new lands in the Western and High Arctic were discovered and mapped, thousands of natural specimens were collected and connections with Inuit (Inuvialuit and Innuinait) communities were made. Also collected were film footage and thousands of photographs of the Inuit people that met expedition members and helped guide them in this territory. The expedition helped define Canada’s northern boundaries and provided information about the North and its people. The Canadian Arctic expedition had important social and economic impacts on the Inuit who lived in these regions. The expedition also significantly increased the outside world’s knowledge of Canada’s North. 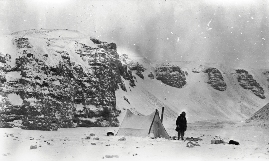 Today, Parks Canada celebrates the one hundredth anniversary of the Canadian Arctic Expedition. From the Thomsen River and Mercy Bay in Aulavik National Park, to the Firth River and arctic coast of Ivvavik National Park, all the way to the Hornaday and Brock rivers in Tuktut Nogait National Park, the expedition members explored, surveyed, documented and photographed these wonderful places that are now protected as national parks. Evidence of their time in the western Arctic is still visible in places including Sachs Harbour, where the expedition abandoned their schooner, the Mary Sachs.

The expedition is a part of the history of Canada and of the people and land of the western Arctic. Their reports serve as an important cultural record of the Inuvialuit and Inuinnait people that lived in this part of Canada and participated in the expedition. Their written observations have contributed to better understanding the iconic Canadian North. 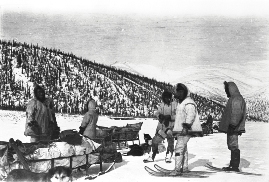 To learn more about the Canadian Arctic Expedition of 1913-1918 and to see photographs and excerpts of their writings, visit the following: