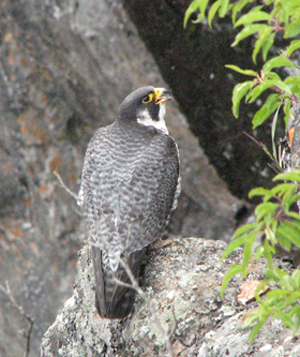 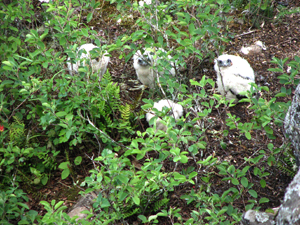 After experiencing widespread declines across Canada since the 1940s, Peregrines are climbing their way back to recovery. The recovery can be attributed to a ban on DDT, subsequent increases in their productivity and reintroduction efforts across their range.

Annual monitoring by park staff and “Project Peregrine”, a partnership project between the Thunder Bay Field Naturalists and the Ontario Ministry of Natural Resources, have contributed to this success story.

Ontario's recovery program for the Peregrine Falcon is part of a larger Canadian and North American effort to restore this species to its former range. As a result of this work, the previous conservation status for peregrines in the park as an ‘imperilled’ population - has recently been reassessed to a ‘vulnerable’ population. This small but notable change in conservation rank for the park is attributed to continued effort in monitoring and collaborating with conservation partners towards filling knowledge gaps to recover this Species at Risk.