Parks Canada staff will be at the Toronto Outdoor Adventure Show February 24 to 26 and at Canoecopia from March 9 to 11. We’ll be helping folks plan their next adventure to an amazing national park, historic site or marine conservation area in Northern Ontario.

Some of our staff will be presenting (English only) at the tradeshows. Greg Stroud will be raving about Lake Superior National Marine Conservation Area at Canoecopia. Tamara van Dyk coordinates the Campout at the Sault Canal and will present in Toronto about learn-to-camp activities being offered by Parks Canada. Lyn Elliott has been eagerly exploring Pukaskwa on foot and by paddle and she will be sharing her experiences at both tradeshows. Descriptions of the presentations are below.

Join Parks Canada staff to discover one of the most remote areas in all of the Great Lakes. Once established, Lake Superior National Marine Conservation Area will be the largest freshwater protected area in the world—a place where wind and waves caress the shores of tranquil sheltered bays and endless rugged coastlines.

What's it like to paddle one of Canada's wildest whitewater rivers? Or kayak Lake Superior's most rugged and remote coast? There's only one way to find out: Paddle Pukaskwa (pronounced puck-a-saw). Join Pukaskwa National Park's Lyn Elliott for a virtual trip down the rivers and coastlines of Ontario's largest national park. 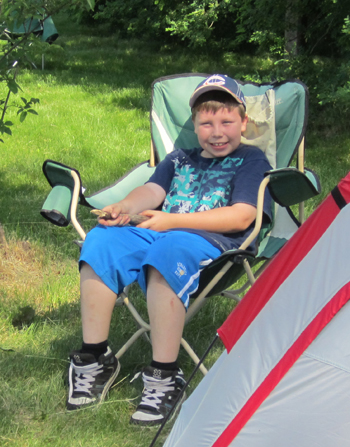 Ever wanted to try camping, but didn’t know where to start? You’re in luck! There is a range of Learn to Camp programs being offered across Canada to take the guesswork out of camping...and the Sault Ste. Marie Canal National Historic Site is one of many Parks Canada locations offering this new program. Join Tamara as she shares a glimpse into the Campout at the Canal outdoor weekend—just one of the up coming adventures you can have at the Sault Ste. Marie Canal and Fort St. Joseph National Historic Sites in Northern Ontario!

The 2012 Ontario Outdoor Adventures Calendar features Pukaskwa National Park’s new suspension bridge across the White River for May. If you’d like to get your hands on a calendar, they are available online, at outdoor retailers in Thunder Bay and at any Parks Canada site in Northern Ontario. Consider entering the Superior Adventure Contest to win a week on Superior’s Canadian shore, including a sailing excursion through Lake Superior’s national marine conservation area and a guided hike to the newly constructed White River suspension bridge.