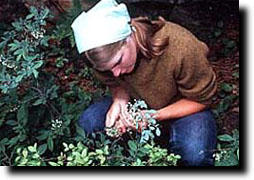 Thousand Islands National Park is located in the heart of the 1000 Islands area, an 80-km wide extension of granite hilltops joining the Canadian Shield of northern Ontario with the Adirondack Mountains in New York State.

Glaciers retreated 10,000 years ago scraping sediments and exposing the rounded knobs of an ancient mountain chain. When the St. Lawrence River flooded the area on its path to the Atlantic Ocean, 1000 hilltops became the 1000 Islands.

Soil was slow to form over the acidic granite; today the area retains a rugged beauty. Plants and animals migrated to the area, encouraged by the moderating effects of the Great Lakes and the variety of micro-habitats which were created by the rugged topography. The islands form a land bridge from northwest to southeast across the St. Lawrence River, aiding movement of species through the area.

This narrow isthmus, known as the Frontenac Axis or Arch, is the vital link joining two important North American landforms - the Canadian Shield and the Adirondack Mountains - to form one contiguous ecosystem. Although the waters of the Great Lakes can be a barrier to migrating flora and fauna, the St. Lawrence funnels the water into a narrow channel and the islands form stepping stones, shortening distances between land masses.

The presence of the Great Lakes to the west has the effect of a 'heat sink' which moderates the climate in the area immediately surrounding the 1000 Islands. As a result, many plants and animals reach the limits of their range in the 1000 Islands.

Notable examples of species which are common in the area, but rare in the rest of Canada, include: Rue Anemone (Anemonella thalictroides); the Black Rat snake (Elaphe elaphe), Canada's largest reptile; Pitch Pine (Pinus rigida), a southern species whose range extends along the Frontenac Arch to just north of the 1000 Islands; and the Least Bittern, a wading bird whose wetland habitats are decreasing elsewhere within its northern range. A small population of Deerberry (Vaccineum stamineum) still remains on some islands in the area.