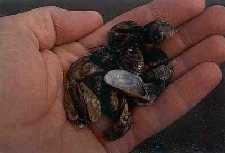 Ecosystem monitoring is an essential tool used at Canada's 39 national parks, including Thousand Islands, to gauge their ecological integrity. In the 1997 State of the Parks Report, the highest levels of impairment to ecological integrity were reported at Point Pelee National Park, Prince Edward Island National Park, Pacific Rim National Park and Thousand Islands National Park. An important step in dealing with the high level of impairment at Thousand Islands has been the identification of unfavourable environmental conditions and the selection of management actions to mitigate them. In 1998, a questionnaire was developed to determine man-made threats to the 1000 Islands ecosystem. Thirty were identified and nine were found to be of particular significance:

It is worth noting that, at Thousand Islands, the significant threats were found to be mainly from external sources and not from visitation to the park.

The extent of the threat posed by human activity is measured by evaluating the condition of a number of biological features to see how they are being affected..

The following features were chosen for evaluation:

For more detailed information on the ecological monitoring projects in the park, please contact us at ont-sli@pc.gc.ca or telephone (613) 923-5261.