The climate in the north of the park is strongly affected by Amundsen Gulf, which exerts a maritime influence on the region, with more precipitation and fog during the summer. Central and southern areas of the park are characterized by a more continental, subarctic climate (e.g less fog, less precipitation and larger fluctuations in temperatures).

A wide variety of mammals are found in the park, including caribou, muskoxen, grizzly bears, wolves, red foxes, wolverines, arctic ground squirrels and collared lemmings. The park encompasses most of the core calving, and post-calving grounds of the Bluenose West caribou herd. In mid-June, the caribou return to the park to give birth. 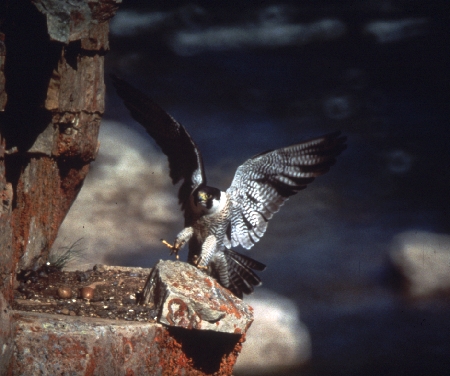 Tuktut Nogait is a major breeding and nesting ground for a wide variety of migratory birds. Raptors such as peregrine falcons, rough legged hawks, gyrfalcons and golden eagles nest along the steep walls of the river canyons. Other notable bird species include: tundra swans, sandhill cranes, lapland longspurs, horned larks, jaegers, golden plovers, and both arctic and red throated loons. For a list of birds that are frequently observed in this region of the western Arctic, click here.

Mammals and birds are most concentrated along the park's river corridors. The park's waters are home to arctic char, grayling, lake trout and whitefish. The Hornaday River supports an important subsistence fishery of arctic char for the residents of Paulatuk. 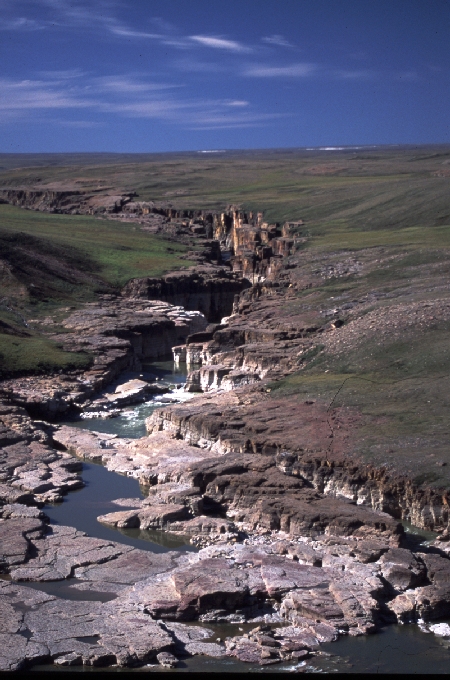 The north and central area of the park is mainly sedimentary rock composed of marine strata. The oldest strata are composed of shale, or siltstone, which are overlain by dolomites, poorly bedded sandstone and quartzite, and massive buff dolomite. These units outcrop along the shoreline of Amundsen Gulf and in the Melville Hills. South of the Little Hornaday River and west of the Hornaday River, sandstone, shale, siltstone and mudstone predominate.

Cryosols (soil that occurs where permanently frozen material exists within 1 to 2 m of the surface) are the dominant soils. They are underlain by continuous permafrost with active layers that are usually moist throughout the summer.

The park is drained by three main rivers: the Hornaday, Brock and Roscoe. All three follow the northwest slope of the land, flowing from interior areas to Amundsen Gulf. Where they leave the uplands, the three rivers have carved deep and precipitous canyons. The largest river is the Hornaday, which is 360 km long and has a drainage basin of 14,900 km². Peak flow is usually during the first week of June, when water levels rise dramatically. A few large lakes are found along the eastern park boundary, with smaller lakes found in the valleys of the main rivers and northern part of the park. Few lakes are present in the central Melville Hills. 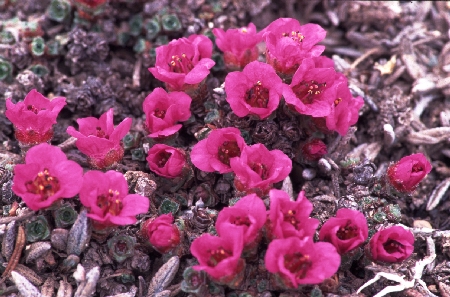 Most of the park is continuous arctic tundra and is entirely above the treeline. Extensive sparsely vegetated or barren areas exist as well, especially in areas where bedrock is exposed, and in the central Melville Hills.

The most common vegetation communities are: