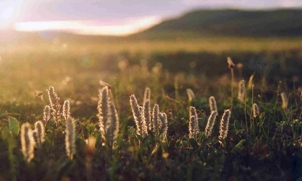 Tuktut Nogait National Park was established in legislation by Parliament in 1998, encompassing 16,340 km2 in the northeast corner of mainland Northwest Territories, 170 kilometres north of the Arctic Circle. This area is part of the Inuvialuit Settlement Region (ISR) – defined by the Inuvialuit Final Agreement land claim.

The community of Paulatuk first proposed the national park in 1988, to protect the calving grounds of the Bluenose-West caribou herd. In June 1996, after 6 years of negotiations, the Tuktut Nogait Agreement was signed by Canada, the Northwest Territories, the Inuvialuit Regional Corporation, the Inuvialuit Game Council, the Paulatuk Community Corporation and the Paulatuk Hunters and Trappers Committee. The agreement identifies the purpose for the park  , sets out the framework for establishment and administration of the park, and establishes a park management board.

The Tuktut Nogait Management Board advises on all aspects of park planning, operations and management. The board includes appointees from federal and territorial governments, as well as from the Inuvialuit community. The co-operative framework of the board supports an inclusive, consensus-based approach to decision making. Tuktut Nogait is one of Canada's first co-operatively managed national parks.