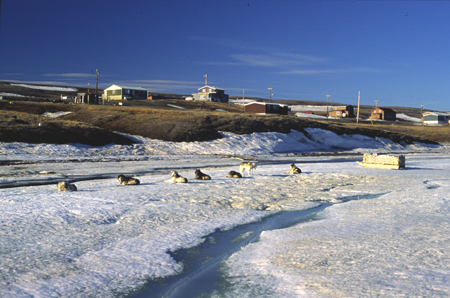 Sachs Harbour is the closest community to Aulavik, and is situated along the southwest coast of Banks Island, 250 kilometres from the park. This small hamlet has a population of about 120, and many residents still engage in traditional activities such as hunting, fishing and trapping. Fish, geese, caribou and muskoxen make up an important part of their diet.

Sachs Harbour is also home to Inuvialuit hunting and fishing guides, as well as artists known for their beautiful crafts, and soapstone and muskox horn carvings. Services in the hamlet include an airport, nursing station, general store, and guesthouse. Aklak Air in Inuvik flies to Sachs Harbour every Monday and Thursday. In the summer an additional Saturday flight is often added. 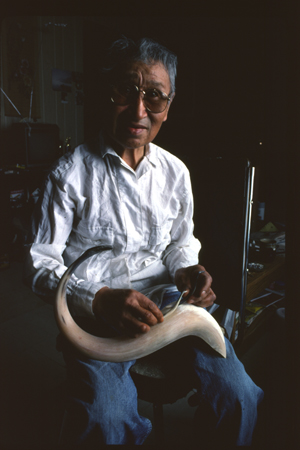 The Co-Op sells most types of groceries, though fresh foods may be limited. We suggest that you prepare your backcountry meals before arriving in Sachs Harbour as the variety in the store is limited and no bulk or freeze-dried food is available. 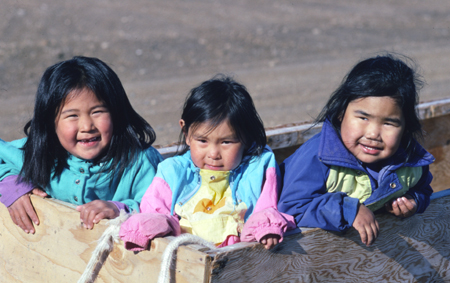 Public Telephone: A public phone is available at the airport and at the Hamlet Office.

Banking: There is no ATM machine in Sachs Harbour. The Ikahuk Co-op accepts debit cards, Visa and MasterCard. Cash can also be drawn on debit cards. 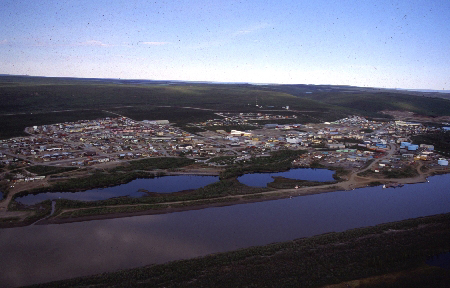 Inuvik is located on the Mackenzie River, 750 km southwest of Aulavik National Park. The town has a population of 3,450 and is the regional service centre for the Western Arctic. A wide variety of services are available including several grocery stores, restaurants, hotels, a bank and ATM machine, hospital, and an RCMP detachment. Inuvik is serviced by the Dempster Highway and by daily flights from southern Canada.

Or visit the following sites: