Sable Island is situated in the Atlantic Ocean near the edge of the Continental Shelf, 290 km offshore from Halifax, Nova Scotia. The closest landfall is Canso, Nova Scotia, at 161 km, making it one of Canada’s furthest offshore islands. It is a thin crescent shape, made up entirely of sand, and is approximately 42 km long and 1.3 km across at its widest point. 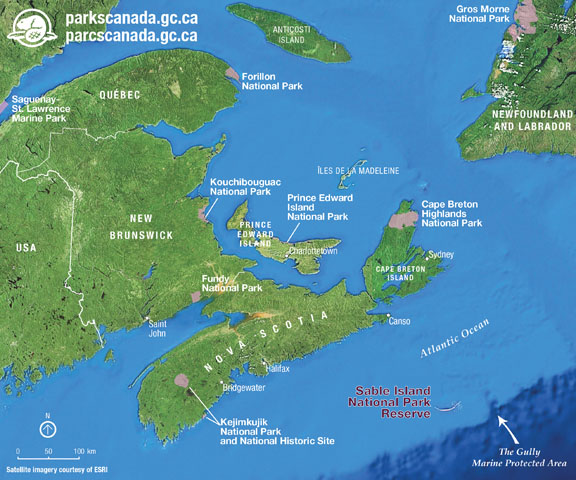 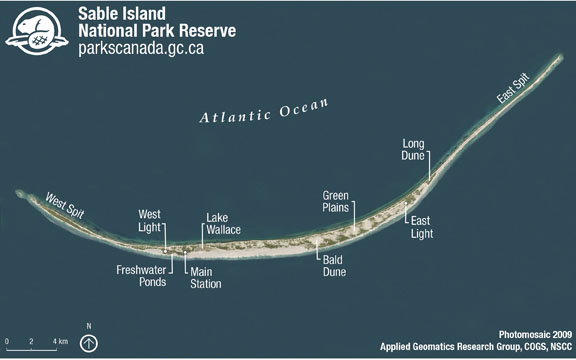