Inner Bay of Fundy Atlantic salmon have lived for thousands of years in the Bay of Fundy, connecting forests to the ocean. However, wild salmon have disappeared from the region, leaving the population at risk of extinction.

Connecting People, Rivers, and the Bay

Now, Parks Canada is working with its partners to bring the King of Fish back to Fundy Rivers. From river to ocean
The incredible life cycle of Atlantic Salmon. 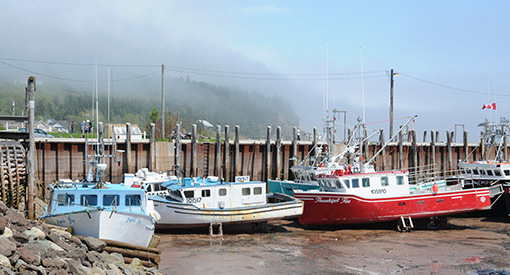 Swimming with the tides
Adapting to thrive in the Bay of Fundy. 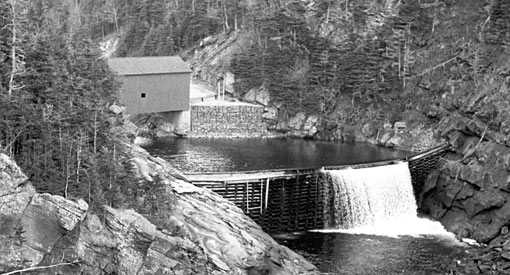 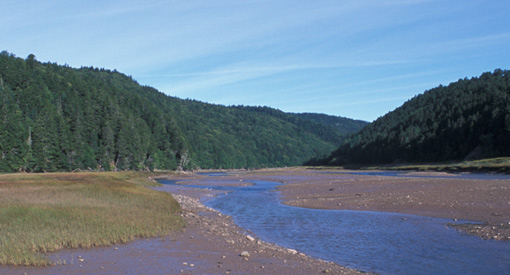 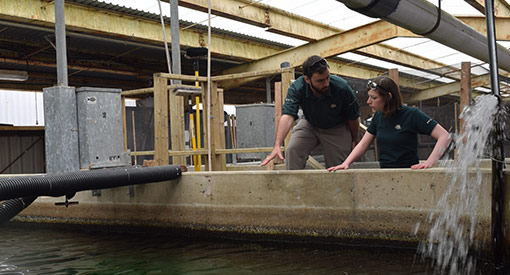 Action in the face of extinction
Protecting an endangered icon. 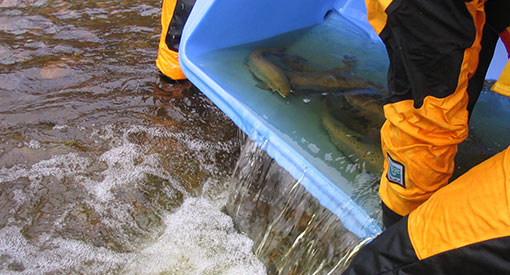 Reasons for hope
Science and partnerships to return salmon to the wild. 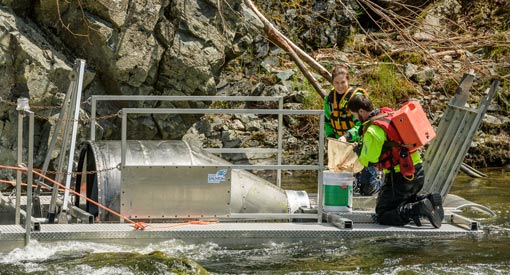 You can help
Become a Smolt Wheel Assistant!