On July 11th, a solo hiker scrambled to the summit known as Little Sifton. It was still early and he decided to explore the valley behind Little Sifton, heading further from the trailhead. He descended to a meadow but soon started looking for a quick way out as he was tired and had eaten all his food. He tried to navigate using his phone and a GPS unit, but hadn’t downloaded the maps onto the phone in advance and had difficulty determining his position on the small GPS screen. Hoping to avoid climbing back out the way he came, he descended further into the trees along a steep creek that took him further away from the trailhead.

Light rain and nightfall made him realise that he’d be there for the night so he activated the SOS on his SPOT device and found shelter under a boulder. At 1:00 a.m. he attempted to resend the SOS signal but inadvertently cancelled his previous SOS message. At 3:00 a.m., cold and wet, he started walking back up the valley towards Little Sifton.

At 10:00 p.m. on July 11th, the Visitor Safety team was notified of a SPOT SOS activation. At 1:30 a.m. they were notified that the SOS had been canceled. The Visitor Safety team decided to continue with their plan to search despite the cancellation. At first light, they searched the area by air from a helicopter and noticed nothing unusual. They then put searchers on the ground and found tracks heading uphill from the SPOT SOS location. The helicopter pilot then located the hiker in an open area about 1.5 km from the SOS signal location. The hiker and search team were picked up and flown to Rogers Pass.

Trip planning and being prepared for emergencies is important when spending time in the backcountry. Packing extra food, water, all-weather clothing and informing someone of where you are going and when you plan to return are good, safety practices. When relying on digital technology for orientation and safety, like GPS from a cell phone and SPOT devices, it is critical to test them and have a thorough understanding of how they work. A back-up, hard-copy map is also advisable. Anyone who sends out an SOS should remain in one location, preferably where they are most visible from the air. 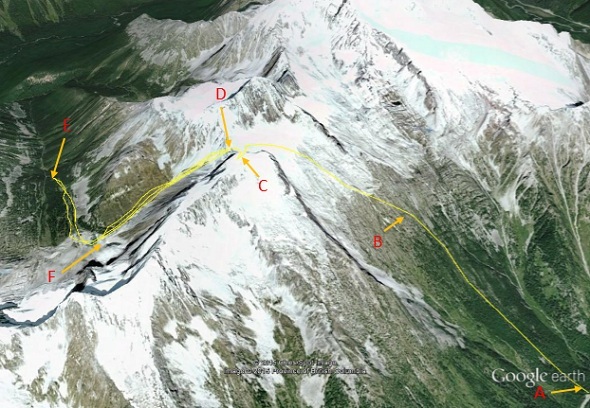