On Sunday April 26th, 2015, Banff dispatch received a call from a group that was scrambling below Cascade Waterfall. They had heard cries for help from above and made contact with a lone scrambler who was ~ 60m above them in technical terrain and couldn’t climb down or up. The scrambler was uninjured and sitting on a ledge. 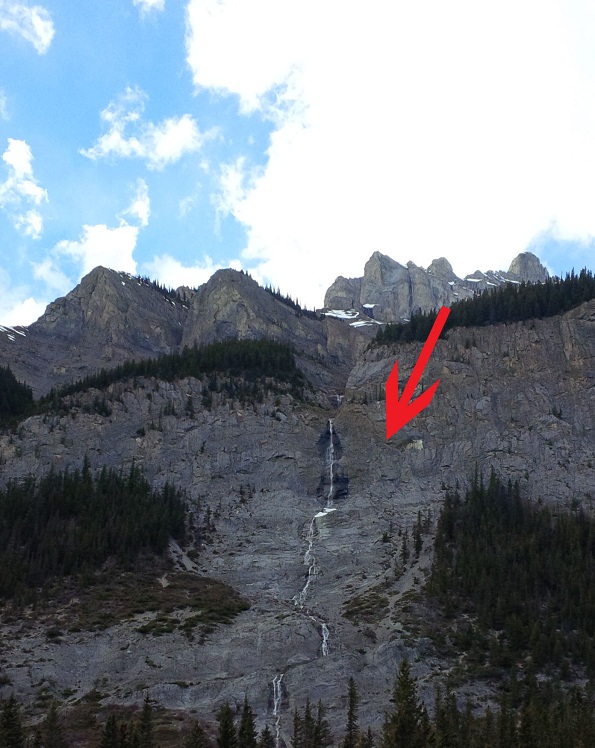 Scrambler was stranded on a sloping ledge at the arrow.

The call was transferred to the Visitor Safety (VS) Specialist on call for the day who quickly established that this was likely not a false alarm. A second VS Specialist went to assess the situation with binoculars from the parking lot and decided that a helicopter was the best way to access the site. The helicopter from Canmore was called in to a staging area at the Banff airstrip below the climb.

Three VS Specialists got on board and assessed the scene from the helicopter. They decided that the best way to access the site would be to heli-sling into a small ledge ~10m above and to the left of the stranded scrambler. The ledge was small enough that they didn’t feel comfortable disconnecting from the heli-sling line without anchoring into the wall, so the first rescuer slung into the site and drilled a bolt while remaining clipped into the line. Once the bolt was drilled, the first rescuer clipped into the bolt and unclipped from the helicopter. Next, the first rescuer prepared a two bolt anchor to receive the second rescuer. 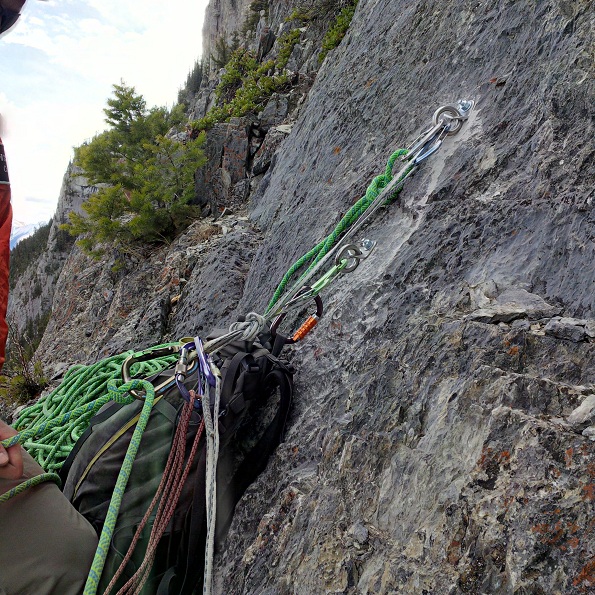 Two bolt anchor at ledge that the first rescuer initially slung into. 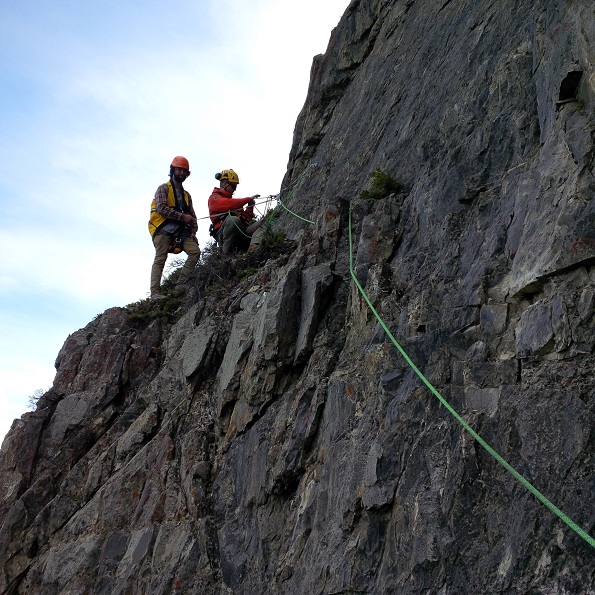 View from where scrambler was stranded back to the two bolt anchor.

This scrambler made a few common mistakes that we can learn from:

In the end, the scrambler did the right thing by realizing he was out of his comfort zone and staying put until help arrived. If he had tried to downclimb in that loose, technical terrain, there is a good chance he would have slipped or broken a hold and fallen.