On January 4th, two skiers went up the Connaught Drainage to ski an area known as “Teddy-Bear Trees.” The Avalanche danger that day was rated “Considerable” at treeline. The area had received 10cm of snow overnight and it was still snowing so the group decided to stick to conservative terrain and ski the trees down the shoulder. On their ascent, they found another group’s up-track. The ascent up Teddy-bear Trees can be challenging and the previous group seemed to have known exactly where they were going. Because the up-track seemed efficient and precise they decided to follow it. As they gained the ridge, the track continued beyond the point where they had planned to stop. They decided to continue following the up-track to see where the other group had skied down.

When they reached the point where the previous group had descended, they removed their skins and skied down the ridge a bit lower than the previous group. The leader did a ski cut on a convexity at the ridge-top and had no result. He then put in a few more ski cuts and the final one triggered an avalanche. He was too far downslope and was consequently caught in the avalanche for ~100m through the trees. He broke his leg and was stopped on the surface by a tree as the avalanche continued past him for an additional 400m. His ski partner descended to him, called for a rescue, kept him warm to prevent hypothermia and initiated other first aid.

At 1400hrs the Visitor Safety team at Rogers Pass were notified of the avalanche incident. A helicopter was dispatched from Revelstoke and at 1450hrs the team did a reconnaissance flight to confirm the location and ensure that it would be safe for rescuers to enter the scene. Two rescuers were slung to the site by helicopter. They assessed the patient, secured the injury by splinting the leg and slung the patient out to an ambulance waiting at Rogers Pass. The ski partner was flown out afterwards.

The skier involved in this incident has over 20 years experience in the backcountry and acknowledges he mistakenly allowed another party’s tracks to sway his decision making. The avalanche bulletin on that day described a persistent slab problem which was very reactive in areas where avalanches had not been triggered. In this case, the first group got lucky while the second did not.

In addition, ski cuts are an effective tool but should be used cautiously. Skiers should consider the highest possible release point of the avalanche and work from safe point to safe point to prevent getting caught. 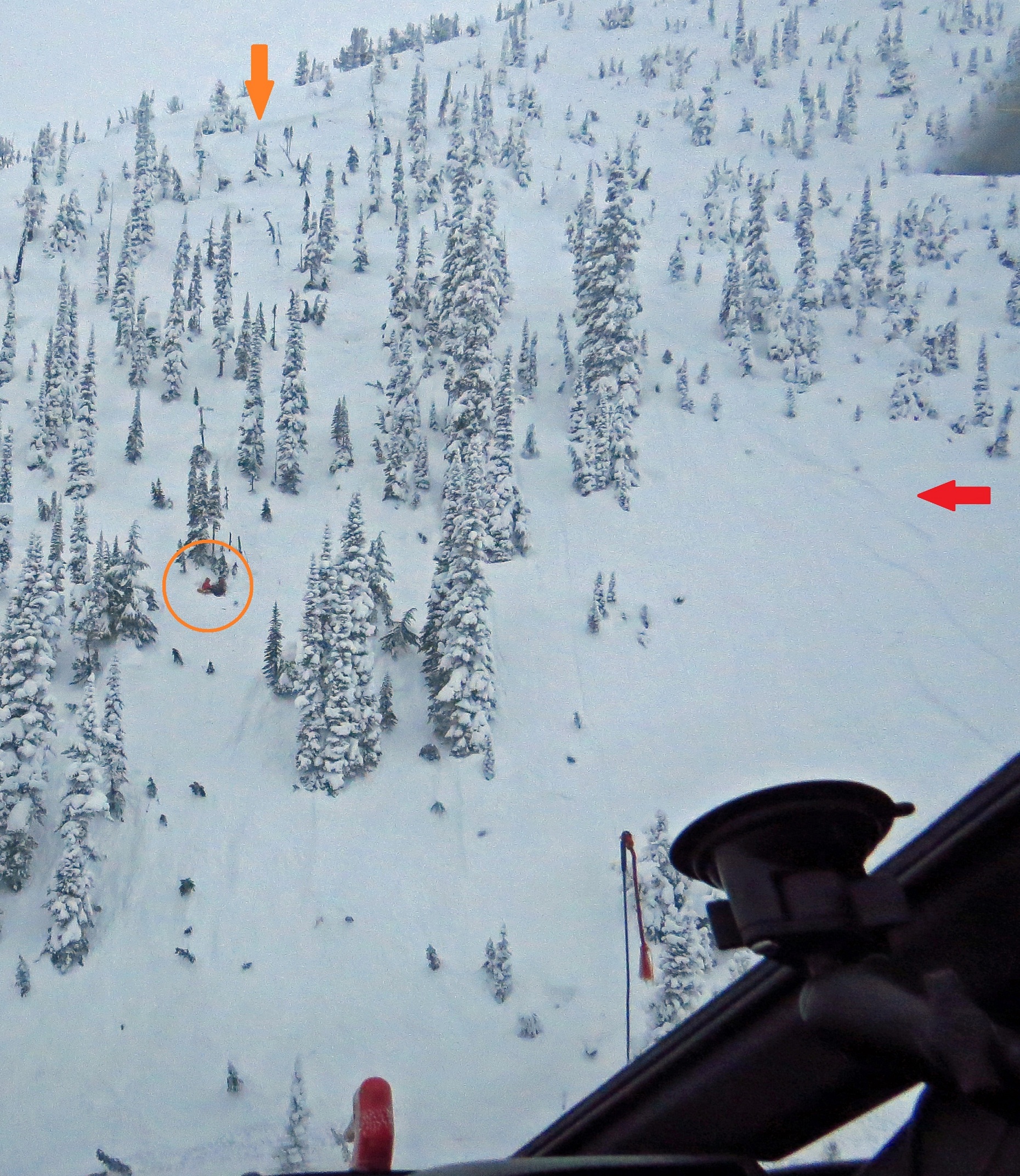