At 1700 on September 8, 2013 a woman contacted Jasper National Park staff at the Parkers Ridge trailhead and reported that at approx. 1130, she and her husband were hiking up the Parkers summer trail to view the Saskatchewan Glacier when she got tired and decided to rest while her husband continued on. She had not seen or heard from him since that time. Visitor Safety teams from Jasper and Banff national parks were called to the scene including two Warden Service dog handlers. A Bell 407 helicopter from Golden was used to conduct an aerial search while ground teams combed the summer trails and interviewed other hikers in the area. The search was suspended for the night and overnight teams were deployed into the Saskatchewan Glacier and Parkers trailheads to possibly contain and aid the subject if he accidently descended down the west side of Parkers Ridge or back to the parking area. The morning of September 9, 2013 the search was continued using available resources from both Jasper and Banff national parks. Ground teams were deployed to search both the East and West flanks of the ridge and an aerial team was used to search the steep and rocky terrain on the lower south-western flanks near the big bend on Highway 93N. At approximately 1000, air teams spotted the subject below a large cliff feature. The subject was not moving. A response team was slung into the site and they found the subject deceased. It is not clear whether he fell while trying to climb down the cliff or if he slipped on the gravel covered rock slabs above and tumbled over the cliff.

This was a sad and tragic outcome for this subject and his family. By leaving the marked summer trail it appears that he was either trying to get a better look at the glacier or got disorientated and tried to descend the cliff toward the highway which was visible from his location. Whatever the case, he found himself in dangerous and difficult terrain that he was not equipped to deal with or to back out of. He was travelling alone and had no means of communicating with his partner or ability to call for help. This recovery was another great example of the interagency cooperation between Alpine Helicopters, the RCMP and National Park Warden Service and Visitor Safety teams from Banff and Jasper national parks. 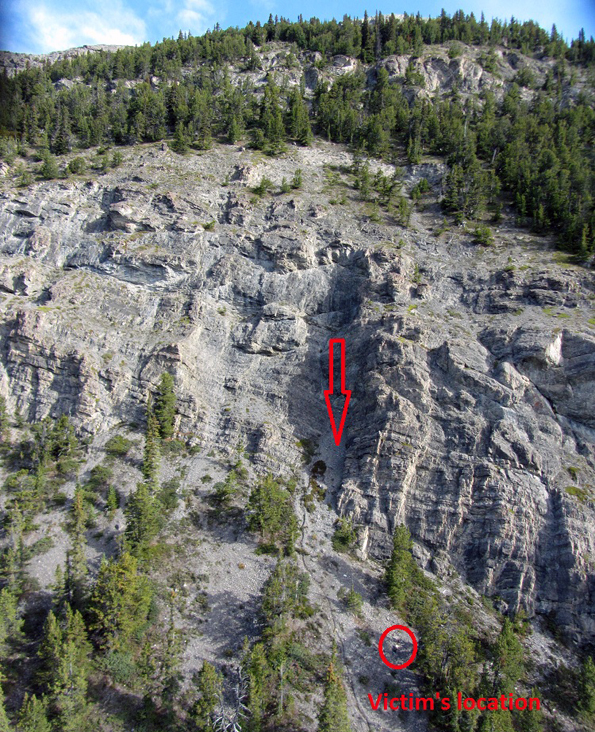 At 1400 on September 10, 2013 a man called 911 to report that his dog was stuck on a cliff near the Mountaineers Route (YDS 5.7, 275m) on Morro Peak in Jasper National Park. Visitor Safety Technicians from Jasper National Park responded and hiked up to the base of the cliff with the intention of retrieving the dog and walking him down. Once they spotted rover it became apparent that the best course of action would be to conduct a heli-sling rescue operation as the dog was in steep and very exposed terrain. The owner agreed to pay the costs required to fetch ‘Sheba’ and a Yellowhead Bell 407 helicopter was called in to assist. A Visitor Safety Technician was slung to a ledge above the dog and scrambled down to the smaller ledge where the dog was sitting. He set up a bolted anchor to secure himself and the very excited dog (Note: Most people in this situation are excited to see us but please refrain from full body tail wagging and kisses until after we are off the small ledge). A second VS Technician was slung onto the ledge and together they were able to secure the dog into a harness used by the Warden Service K9 dogs for slinging purposes. The pooch and Technicians were slung off the cliff side to the waiting owner at staging. Good Dog!

I can’t believe it needs to be written out; technical climbing terrain is not an appropriate off-leash dog park. The owner made a poor decision to take his dog into this terrain and is lucky to have made it down himself with only minor scratches. He was unprepared for the terrain and was not carrying the appropriate equipment to manage and deal with the situation (harness, helmet, rope and gear). While our Visitor Safety Technicians are highly trained and well equipped for this type of operation; heli-sling rescue into technical terrain is one of the most dangerous things we do to help those who need it. Please be smart with your pets in the National Park. Keep them on a leash and stay on marked and designated trails when hiking with your dogs or cats. 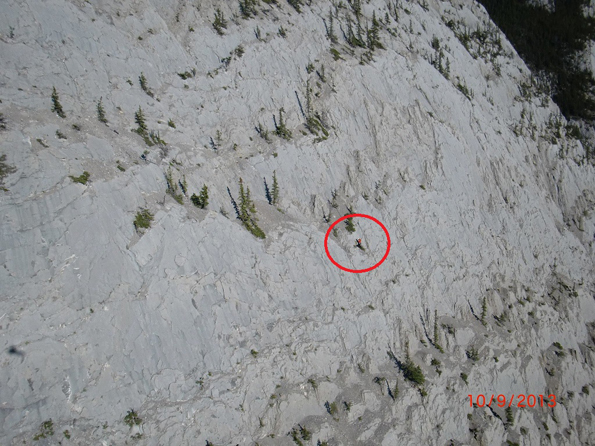 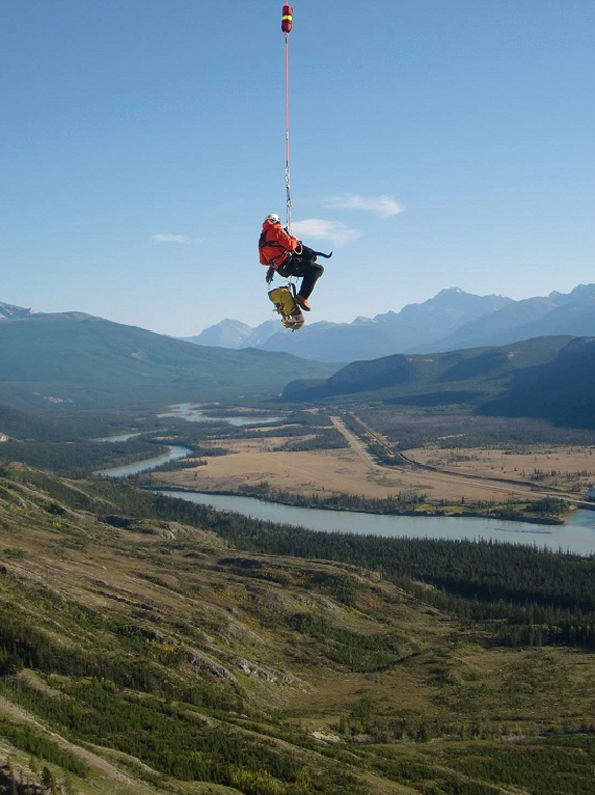