On January 31, 2012 at 2:50 pm, dispatchers received a cell phone call from a group skiing the Bonny Trees, up Loop Brook in Glacier National Park. One member of the party fell in open glades near treeline and injured her knee. The skier was unable to bear weight or ski further. The group members were able to make her comfortable with extra clothing while awaiting a rescue.

Parks Canada rescuers responded within 10 minutes, and a helicopter was at the staging area by 3:50. A reconnaissance of the accident site was followed immediately by a heli sling evacuation of the skier back to the staging area. The skier was then transported by ambulance to Revelstoke and the mission was complete by 4:36 pm. Official sunset on this day was 4:41 pm. 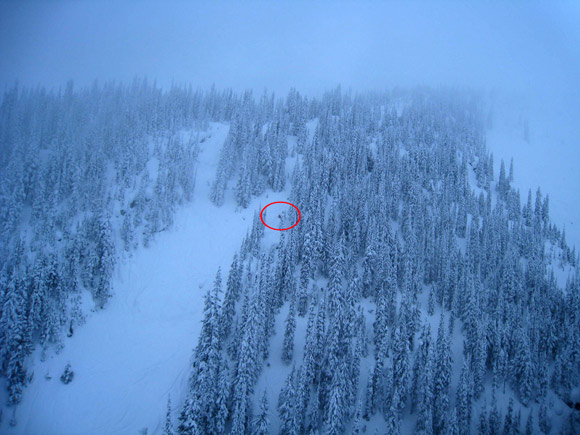 Incidents like this are not uncommon. In this case, limited daylight and increasing humidity in the late afternoon (causing thick fog banks) meant that there was very little time for rescuers to complete the mission before daylight failed. Because the group was well prepared with a communication device (a cell phone in this case), rescuers were able to evacuate the patient before darkness and weather closed in. Incidents like this often occur late in the afternoon. Riders should take extra precautions when poor weather or limited daylight may prevent timely rescue responses.