Our relationship with bears has changed over time, with both good and bad results. Today, we work with partners from around the world to be leaders in bear management, finding solutions—both simple and complex—to protect both bears and people in our mountain parks. 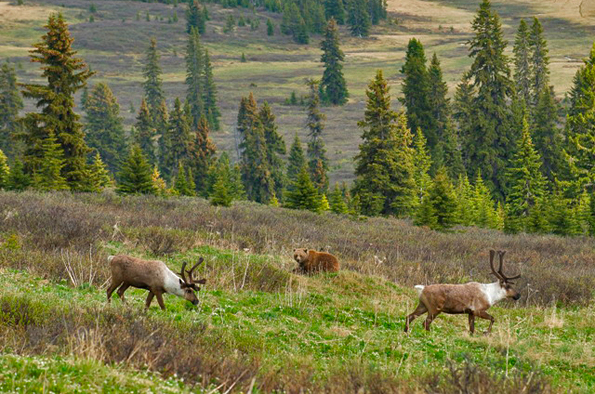 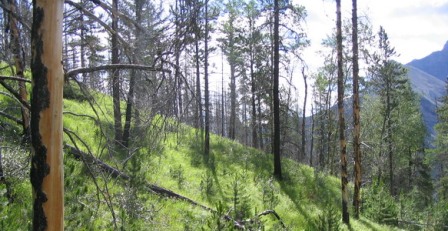 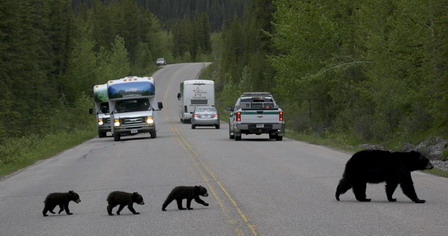 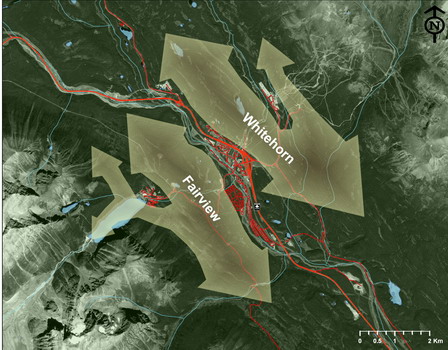 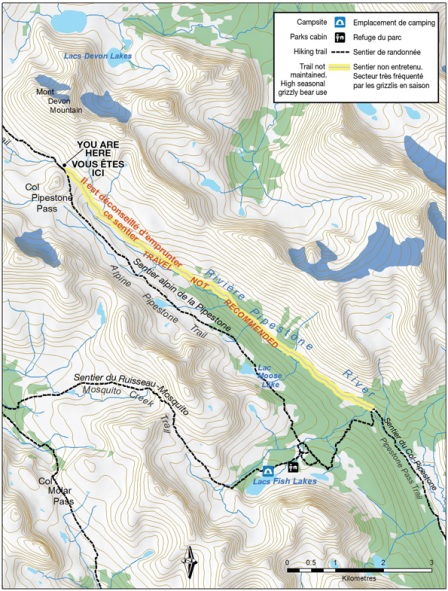 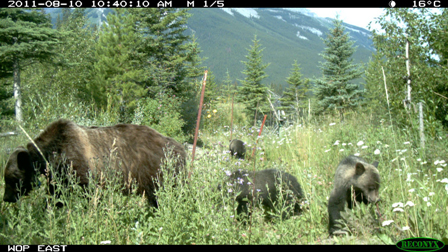 Mother bears of both species are now successfully passing on their knowledge of the structures to their offspring. Grizzly bear #64 and her offspring using a wildlife overpass to cross the Trans-Canada Highway in Banff National Park © HighwayWilding.org 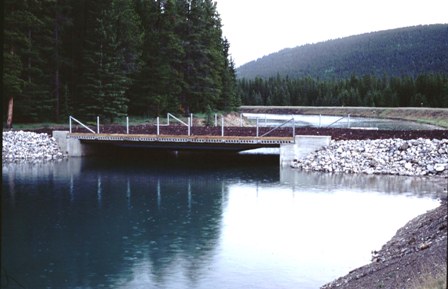 Two Jack Canal wildlife bridge: The number of crossings made by wildlife over the canal more than doubled following bridge construction. 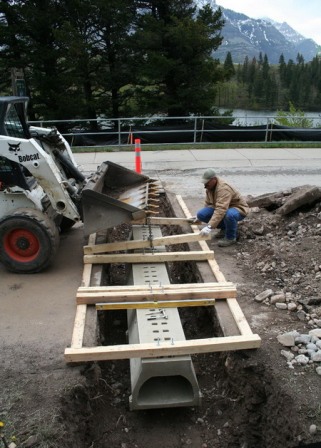 The wildlife crossing structure idea is catching on for all kinds of species. Without human help like this salamander underpass, long-toed salamanders may soon be threatened with extinction. 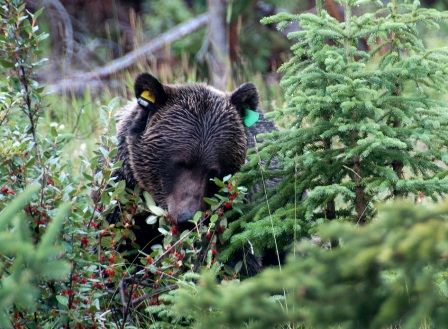 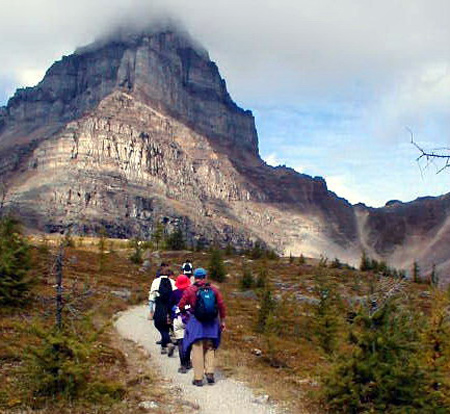 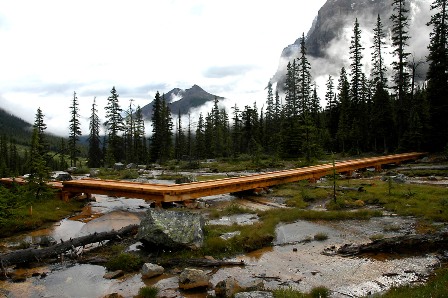 Improvements such as new bridges, boardwalks and trails create an enjoyable return loop in the upper valley, outside of key grizzly bear habitat. 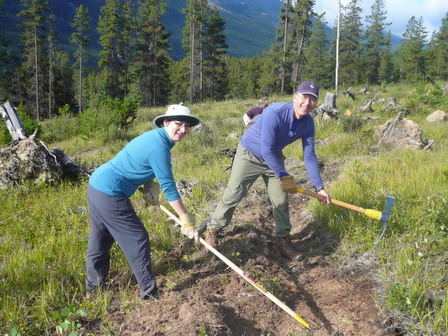 Volunteers, with the assistance of the International Mountain Biking Association Trail Care Crew, have helped to re-route wildland trails away from sensitive habitat.