Riding Mountain National Park (RMNP) is home to the gray or timber wolf (Canis lupus). This icon of all things wild continues to fascinate yet cause fear in humans wherever it lives on this earth, even here in RMNP.

Wolf research is not only interesting but can help to alter people's perceptions of this often misunderstood creature. We hope that you will also find the following information on RMNP's wolves interesting and useful.

1. What is the role of wolves in RMNP?

Wolves have been a part of RMNP's landscape for thousands of years. As a top predator, they are key to a healthy ecosystem, and are important in controlling prey populations by killing and eating weak or diseased animals. Elk, deer, moose and other prey species have evolved strategies to avoid being preyed upon.

For visitors, wolves represent the true meaning of wilderness, and seeing a wolf is an exciting and unique experience for many of us. 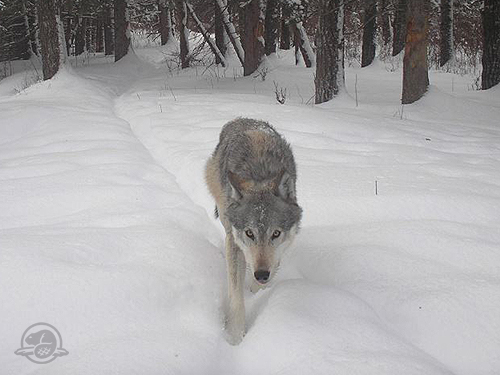 2. What is the population of wolves in RMNP?

Wolf populations vary from year to year depending on available food sources, disease, and removal of wolves by humans outside of the Park.

The park's wolf population is estimated through sightings made throughout the year, and by track surveys conducted in late February. The following is a summary of the 2013/14 results:

3. What is the general range that a wolf will travel?

19 wolves were collared during a 2003-2005 study by researcher Astrid Vik Stronen demonstrated that RMNP wolf packs have a home range of approximately 260 km2 per pack. This research also found that wolves generally do not travel more than 10 km outside of the park.

5. What is the breeding season of wolves?

Wolves breed in February and pups are born in late April (63 days). An average litter size is 5-7 pups. 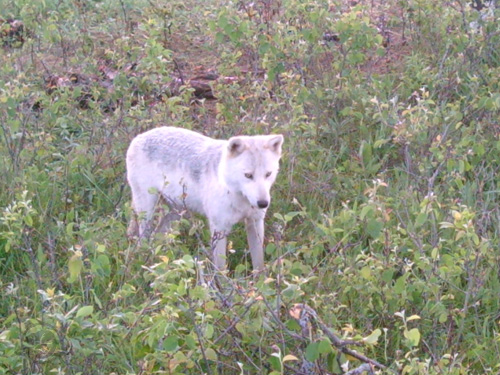 6. What is the relationship between wolves and coyotes?

Coyotes are attracted to wolf kill sites, and will attempt to scavenge from the carcasses. However, if they get too close they can be attacked and killed by wolves. Overall, research has shown that coyote populations tend to be lower in areas where there are wolves.

7. Have wolves ever been introduced into RMNP?

Wolves have never been reintroduced into RMNP. In the 1900s a combination of hunting and trapping led to extirpation (local extinction) from the park area. However, by 1930, wolves returned naturally to the Riding Mountain landscape.

8. Wolf mortality – how do wolves die?

Humans, through hunting or trapping outside of protected areas, are the main threat to wolves. However, wolves also die of natural causes like disease and injuries. Being a wolf is a tough job, and every year they are injured or killed by moose or elk defending themselves. 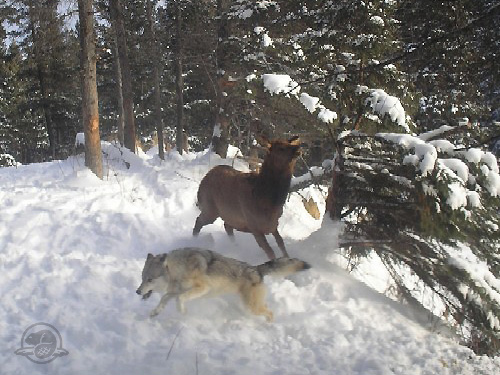 9. Should visitors be concerned about their own safety or that of their pets when hiking or camping in RMNP?

No. Wolves are extremely shy and are frightened of humans. However, there have been reports from other areas in North America of wolves attacking and killing free-roaming dogs. Therefore, for the safety of a pet, its owner, and wildlife, visitors are required to keep their pets on a leash at all times.

10. Do wolves carry bovine tuberculosis? Can they transmit this to other wildlife?

Two wolf pups were found dead with bovine tuberculosis (BTB) in RMNP in 1978. It is believed that these animals were infected by eating diseased wildlife. Wolves are considered dead-end hosts for BTB - once they have the disease, they will not spread it to others (with the exception, perhaps, of other members of the wolf pack), and the disease dies when the host animal dies.

11. Are wolves responsible for the recent decline in elk populations in RMNP?

No. The elk population in the Riding Mountain region has been reduced by over 50% since 2003 in direct response to BTB management in wildlife. This reduction was achieved through increased opportunities for hunting outside the park and by ongoing BTB mgmt in the park.

12. Do RMNP wolves have an impact on local landowners?

Wolves occasionally kill livestock outside of RMNP. During the 8 years from 2003 to 2010, producers in the Rural Municipalities around the Park were compensated for the loss of an average of 45 domestic animals (mainly beef calves) killed by wolves each year. While this is a significant number, it is much lower than the average of 135 livestock killed by coyotes each year.

Parks Canada and Manitoba Conservation & Water Stewardship work together to maintain healthy diverse ecosystems both inside and outside of the park. While recognizing that wolves are an important part of the regional landscape, both organizations also support land owners/producers to take action to minimize livestock loss through good animal husbandry practices, regular surveillance of their herds, and the use of options currently in place to manage problem wolves.

For more information on programs available to land owners with problem predators, please contact one of the Manitoba Conservation and Water Stewardship district offices near RMNP:

The history of wolves, and wolf management, in RMNP demonstrates that wolves and humans can live together. Wolf populations increase and decrease under the natural regime of disease, injury, and prey densities. Prey populations also cycle, and have co-existed with wolves over thousands of years. With continued communication, understanding, and good management practices, wolves will continue to reside in RMNP of Canada.

14. How can I find out more information about the wolves in RMNP and locate opportunities to view one?

Do stop by the Visitor Centre or Administration building, or call 204-848-7275 for more information. 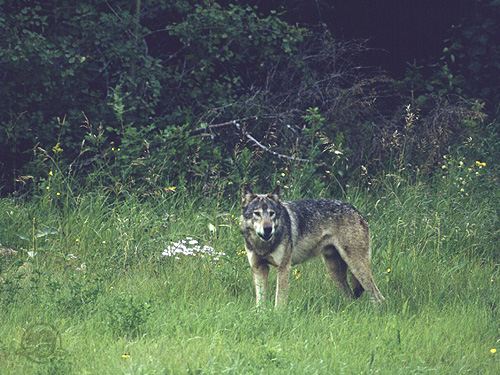