"It was early September 1953 when we were deposited at what is now the community of Resolute. It was cold and dark compared to our home in Hudson Bay. We had no idea how we would survive. We did not know what animals were there. Somehow we made it through our first winter living on seal and polar bear. We desperately missed caribou meat. In March of the second winter, five or six hunters managed to get the equipment to travel to Bathurst Island. Our escort family from Pond Inlet told us there might be caribou and how to get there. The hunters came back in about a week carrying eight caribou! I was a child then, but remember how great it tasted and how excited the adults were. Ever since we called it "the place where you hunt caribou". Those caribou saved our lives in more ways than one. Now it is our turn to protect them."

Parks Canada and the Qikiqtani Inuit Association (QIA) have officially opened Qausuittuq National Park on Bathurst Island in Canada’s Arctic Archipelago. The name Qausuittuq (pronounced Qow-soo-ee-tooq) means “place where the sun doesn't rise” in Inuktitut, in reference to the fact that the sun at this latitude stays below the horizon for several months in the winter.

With a cluster of islands in a frozen sea, marshy wetlands, low level plateaus, and rich marine areas, Qausuittuq National Park has irreplaceable natural and cultural heritage. Despite a proximity to water, Qausuittuq National Park is a Polar Desert. Although it is one of the harshest and driest places in the world, a surprising number of wildlife have adapted to this particular environment, such as the endangered Peary caribou.

This rich and awe-inspiring environment is one that has sustained Inuit for thousands of years and continues to be essential for the maintenance of Inuit lifestyles. As a traditional hunting and fishing area, it has sustained the residents of the tiny community of Resolute Bay since the time of their relocation from northern Quebec in the 1950’s. Use of wildlife by Inuit has been an integral part of the ecosystem for centuries and Inuit will have the right to continue their subsistence harvesting activities within the park.

The park is managed in cooperation with Inuit for the benefit, education, and enjoyment of all Canadians. Qausuittuq National Park ensures protection of most of the northern half of Bathurst Island as well as a number of smaller nearby islands. Qausuittuq National Park is the fourth national park created within the Qikiqtaaluk (Baffin) Region of Nunavut with the collaboration and support of Inuit. It joins celebrated national parks such as Quttinirpaaq, Sirmilik and Auyuittuq as well as a future national marine conservation area which is proposed for Lancaster Sound southeast of Bathurst Island. 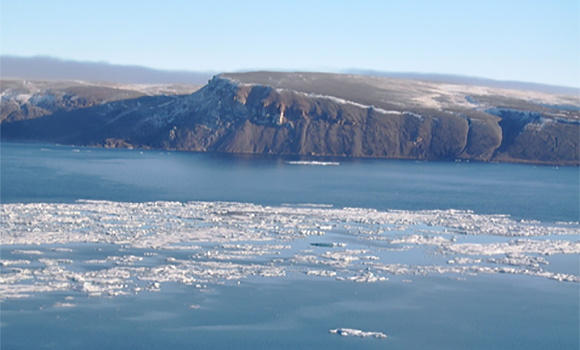 In addition to protecting natural and cultural heritage, Qausuittuq National Park is managed for the enjoyment and education of visitors.