If you have visited Gwaii Haanas chances are you have seen a Sitka black-tailed deer. These seemingly harmless deer were introduced and are an invasive species originally brought to Haida Gwaii in the late 1800s, they migrated into Gwaii Haanas throughout the 1900s.

The deer browse their way through intertidal zones and the forest understory, eating culturally important plant, tree, and bush species.

In particular, the abundant deer population and over-browsing has negatively affected t’suu (cedar) on many islands in Gwaii Haanas. Cedar plays a huge role in Haida culture and is one of the species of importance recognized in the Haida Land Use Vision (2005) (PDF, 1.1 MB).

Cedar trees are important to many other living things great and small. They provide habitat for forest creatures, some of which are an important feature of Haida crests and histories…
When a Haida person goes for bark, a pole or a canoe, trees are approached with respect. Their spirits are hailed in a song and thanked with prayer. A bark gatherer takes care that the tree will go on living.

In March 2017, Parks Canada and the Haida Nation plus other partners embarked on large-scale ecosystem restoration project in Gwaii Haanas called Llgaay gwii sdiihlda - Restoring Balance. The project was initiated to restore the natural and cultural plant species decimated by years of deer browsing. Sitka Black-tailed deer have been eradicated from six islands: Ramsay, Faraday, Murchison, Hotspring, House and the Bischofs in order to encourage the regeneration of plants, animals and Haida cultural uses. Through initiatives like this - Parks Canada is achieving conservation results in support of the National Conservation Plan.

The main partner in Llgaa gwii sdiihlda is the Council of the Haida Nation as co-operative management partners of Gwaii Haanas. The Gwaii Haanas Archipelago Management Board directs the project with management and operations decisions. Restoring Balance will be implemented in a way that fits with future, long term Land Sea People conservation and cultural restoration planning goals.

“Introduced, invasive species are the number one threat to the cultural and ecological integrity of Gwaii Haanas,” notes Gwaii Haanas Archipelago Management Board Member and Field Unit Superintendent Ernie Gladstone, “Eradicating deer during Llgaay gwii sdiihlda or Restoring Balance will help us achieve our long term conservation goals which are to strengthen Haida cultural activities and restore island ecosystems.”

Researchers have found that the ecosystem loss – from plants to animals to insects - from prolonged deer over-browsing does not stop unless deer populations are decreased or eradicated. In other words, the damage that deer are doing will continue to grow, directly contributing to a decline in biodiversity in impacted areas.

Besides Cedar, other species such as Hldaan (blueberry), Ts’iihlinjaaw (Devil’s Club) and Kayd (Sitka Spruce) are all favourite forage for deer. These plants, shrubs and trees have been used as medicine, food, building or artistic materials by the Haida people for millennia. Meanwhile, many bird and invertebrate species are fleeing the delicate island ecosystems over-browsed by deer. Introduced, invasive deer are one of the largest threats to the forest ecosystems and Haida culture in Gwaii Haanas.

The eradication took place between March and July 2017. Restoring Balance has built on the previous good work of SGin Xaana Sdiihltl’lxa (Night Birds Returning) and Yahguudang dlljuu (A Respectful Act) to restore the flora and fauna of some of the islands in Juan Perez Sound. Deer culls have taken place along the southern shore of nearby Lyell Island to reduce the likelihood of migration over to project islands.

Llgaay gwii sdiihlda is one of the Parks Canada Agency’s Conservation and Restoration (CoRe) initiatives which aimed to restore ecological integrity to nationally protected areas across Canada. Restoring Balance was a large and complex project requiring both traditional Haida knowledge, local skills and international expertise.

The main partner in all these projects is the Council of the Haida Nation as co-operative management partners of Gwaii Haanas.

Thanks to direction received throughout the project from the Gwaii Haanas Archipelago Management Board, Restoring Balance will be implemented in a way that fits with future, long term Land Sea People conservation and cultural restoration planning goals.

Other project partners include:

The eradication of Sitka black-tailed deer will have significant positive impacts for both Gwaii Haanas and other international island restoration efforts.
The Restoring Balance project will: 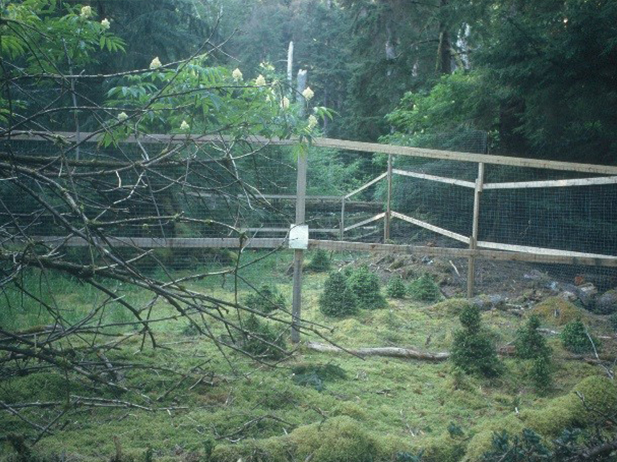 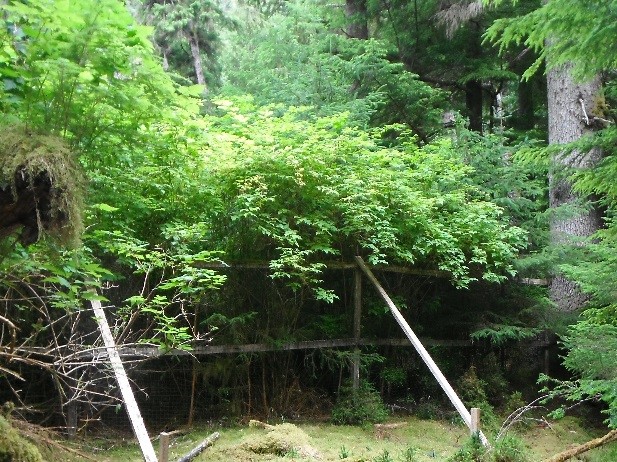 During the process of Restoring Balance, there will be closures of certain areas around Murchison, Faraday, Ramsay, Hotspring, House, and the Bischof Islands. We will keep visitors, tour operators and Haida Gwaii Watchmen informed of all closures because visitor safety is a priority throughout the project.

In the meantime, Gwaii Haanas visitors can visit a native plant enclosure on Kunga Island, near T’aanuu Llnagaay to get a sense of how well the forest understory can recover. In 1998, a fenced in area was built to keep deer out and see how many plants and animals have come back including huckleberry, cedar, spruce and elderberries. If the regrowth at Kunga is anything to go by, the forests of the Restoring Balance project will flourish.

Want to learn more about our other ecosystem restoration projects? Visit: