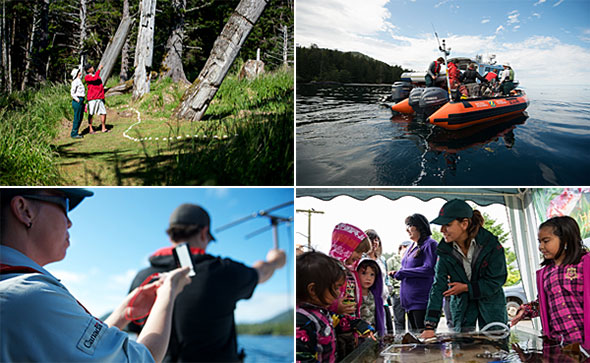 Together, the Government of Canada and the Council of the Haida Nation manage Gwaii Haanas National Park Reserve, National Marine Conservation Area Reserve and Haida Heritage Site through the Archipelago Management Board.

The Gwaii Haanas Agreement was signed in 1993. In this groundbreaking document, the two parties strongly agreed on the need to protect the region’s natural, cultural and marine treasures, but also recognized their differing views on ownership of the area.

The agreement is now seen as a model of cooperative management for how those with differing viewpoints on sovereignty, title and land ownership can work together.

In 2010, the Gwaii Haanas marine area was officially designated a National Marine Conservation Area Reserve and Haida Heritage Site. A Gwaii Haanas Land-Sea-People Plan will be completed by 2018 with input from partners, stakeholders and the general public.