Poles carved with crests of the Eagle and Raven clans of the Haida are found at SG̱ang Gwaay Llnagaay (formerly known as Ninstints), a UNESCO World Heritage Site on Anthony Island, and at the Haida Heritage Site of Ḵ’uuna Llnagaay (Skedans).

Longhouses, the remnants of which can be seen at T’aanuu Llnagaay (Tanu), Ḵ’uuna Llnagaay (Skedans), and SG̱ang Gwaay, were constructed in an uniquely Haida way. With amazingly large posts and beams defining the enormous tiered house pits, longhouse remains offer a window into the historic Haida way of life.

Haida Gwaii Watchmen cabins, hotsprings, culturally modified trees and more can be seen in Gwaii Haanas. Cultural sites are also found in rivers, on beaches, in the intertidal zone and in the forest. It’s important to treat every area with respect as it could be a potential cultural site. 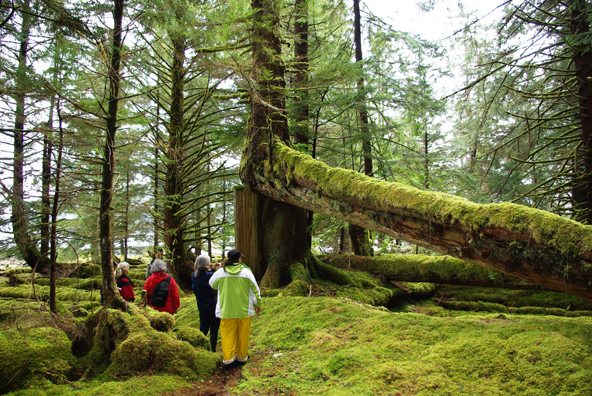