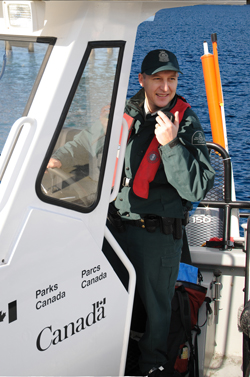 Be responsible and know the park regulations

The federal government established the Canada National Parks Act in 1930 to enable Parks Canada to designate and maintain national parks.

Everything found in national parks, from the smallest grain of sand to the largest tree, receives the highest degree of protection under the law. Along with that protection, come regulations that serve to protect visitor enjoyment, and the natural and cultural resources in the park.

As a visitor, it is your responsibility to be aware of and respect national park regulations:

Failure to comply with national park regulations may result in a fine, permit cancellation, eviction or court prosecution.

Click here to learn more about the Canada National Parks Act and Regulations.