National parks protect some of Canada’s most diverse and spectacular natural environments. The breathtaking scenery and inspiring natural surroundings in national parks provide the perfect setting for tuning into nature, learning about it, appreciating it, respecting it and pledging to protect it.

In order to ensure national parks remain healthy and unimpaired for future generations, Parks Canada is working to maintain or restore the ecological health of national parks. Here are some of our success stories:


Music to the Ears – Bird Monitoring in Glacier National Park 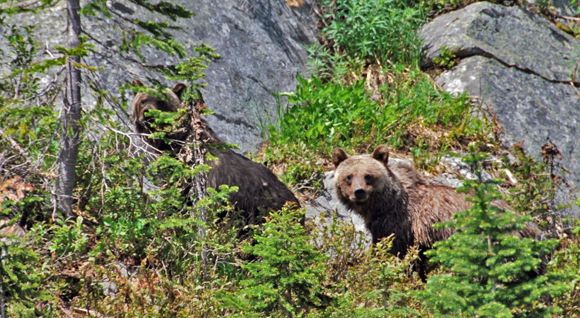 Grizzly bears require large home ranges, have a relatively low reproductive rate and are easily displaced by human activity. Two of Glacier National Park’s popular hiking trails, Balu Pass and Sir Donald, are located in prime grizzly bear habitat. Parks Canada recognized the need to improve human use on these trails in order to minimize the impact on the grizzly and reduce the potential for bear/human encounters.

Using bear/human conflict data and information gathered through grizzly bear monitoring, Parks Canada staff rerouted these trails away from areas that bears frequent, improved sightlines and decommissioned portions of the trails so hikers and bears would be less likely to cross paths. Using remote cameras, information from the public and monitoring plots, Parks Canada continues to monitor the old and new portions of the trail to determine whether mitigations are working.

In addition, Parks Canada staff are also installing interpretive signs along the trails to inform visitors about the reasons for trail realignment. Early results indicate that grizzly bears continue to use habitat near the decommissioned trail segments, while hikers are using the new trail sections. This project will inform future trail mitigations and ensure that grizzly bears and people can safely share the alpine landscape in Glacier National Park.

Since the 1990s, southern mountain woodland caribou populations have been declining and are listed as a threatened species under the Canadian Species at Risk Act. The Columbia South herd’s range overlaps both Mount Revelstoke and Glacier national parks and adjacent provincial lands.

In 2004, Parks Canada began a partnership with the Province of British Columbia and several forestry companies to map important caribou habitat in order to better understand where and how caribou use the landscape in the Columbia Mountains. These maps are used by Parks Canada as a basis for caribou conservation efforts including seasonal area closures, redirecting recreation from areas used by caribou and managing forest fires to minimize impacts to caribou habitat. The maps identify the Mt. Klotz area in Mount Revelstoke National Park as important caribou wintering habitat. As caribou are particularly vulnerable to displacement from human activity, the area is now closed to winter recreation.

The benefits of this decision are already apparent; this year, four caribou, including a calf, were seen in the closed area. Parks Canada cannot recover the Columbia South herd of woodland caribou on its own. This is why Parks Canada staff are committed to continued work with the Province of British Columbia, First Nations, industry and the public to develop land-use management policies, both inside and outside national parks, to support the conservation of woodland caribou. 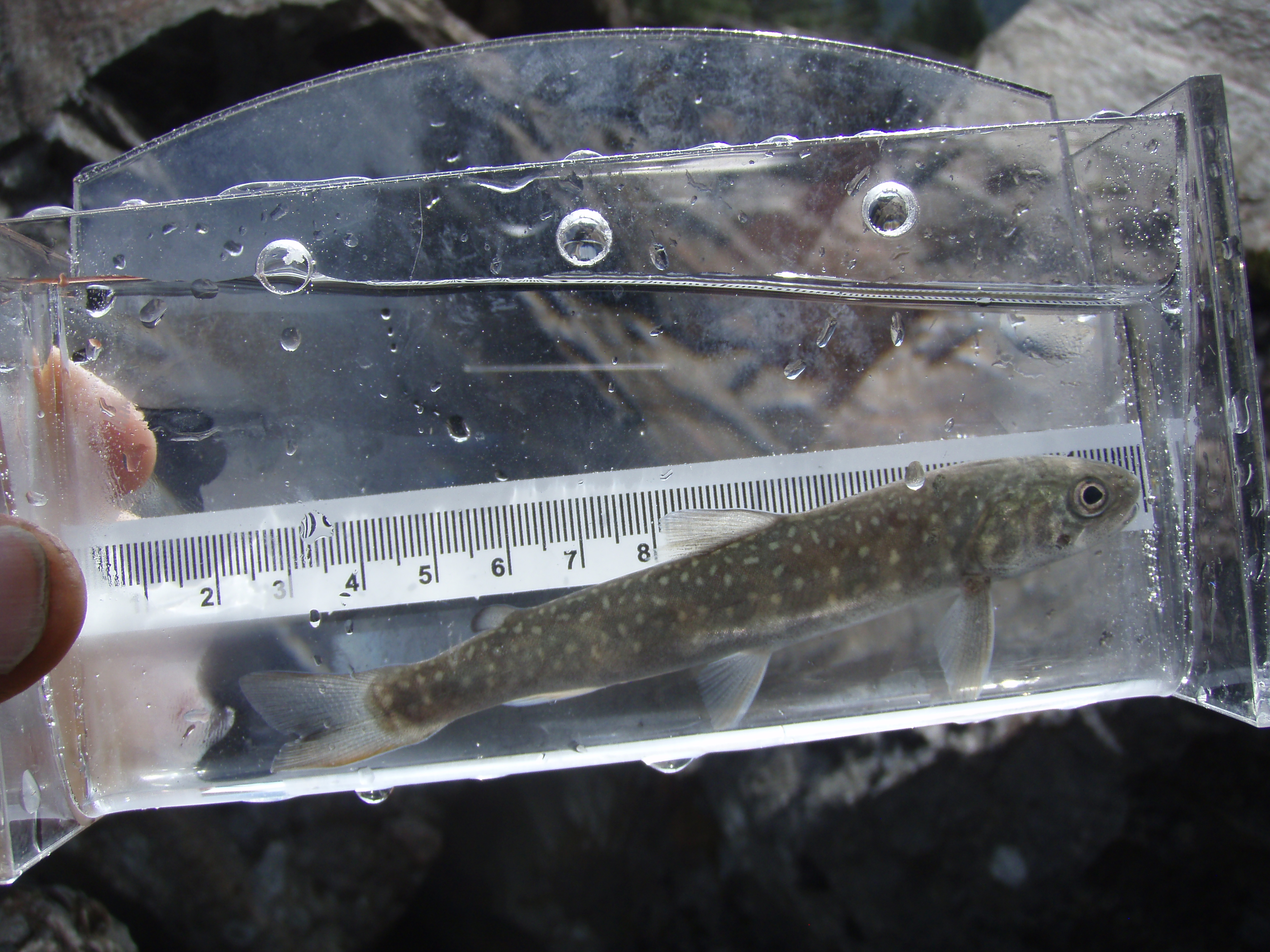 Rogers Creek runs beside the Trans-Canada Highway in Rogers Pass in Glacier National Park. The creek provides important habitat and spawning grounds for bull trout, but its location makes it vulnerable to contamination from road operations. This is of great concern as bull trout are a Blue-listed species of special concern in British Columbia, and currently undergoing assessment for possible listing under the federal Species at Risk Act.

Since 2005, Parks Canada has conducted ongoing riparian restoration work including removing gravel deposits, restoring natural ground elevations, planting native vegetation to stabilize the flood plain, constructing run-off containment berms and installing woody debris structures such as logs, mud and rocks into the creek to help protect aquatic habitat and bull trout populations in the area. Continual monitoring and improvements are made to restoration work to ensure safe habitat for the bull trout and other important aquatic species. 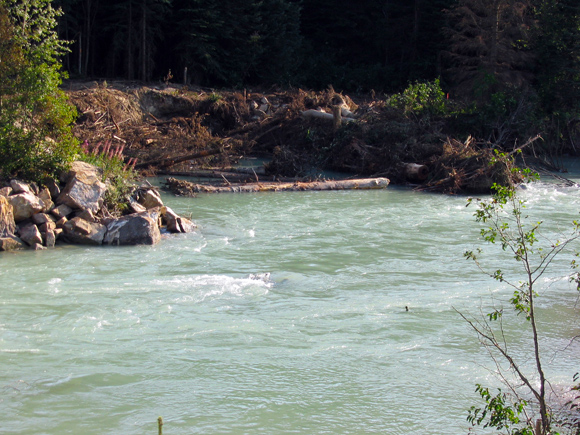 In 2007, Parks Canada staff observed that bridge footings on the Trans-Canada Highway in the east end of Glacier National Park were at risk of being washed out by the Beaver River. Had the erosion continued, the bridge would have needed replacement. This would be costly, impact highway traffic flow and disturb important aquatic habitat in the Beaver River. Parks Canada looked to the river for an alternative solution.

Using knowledge of aquatic ecosystems, principles of biomimicry were used to emulate how natural barriers re-direct river flow. By selectively placing large volumes of woody debris, such as logs and boulders to deflect the river flow, eddies were created, pushing the water away from the footings of the bridge. This innovation stopped the erosion, stabilized the river bank, saved the bridge, kept highway traffic flowing and secured habitat for mountain white fish, rainbow trout and bull trout, a federally listed species of special concern.

Music to the ears – Bird Monitoring in Glacier National Park 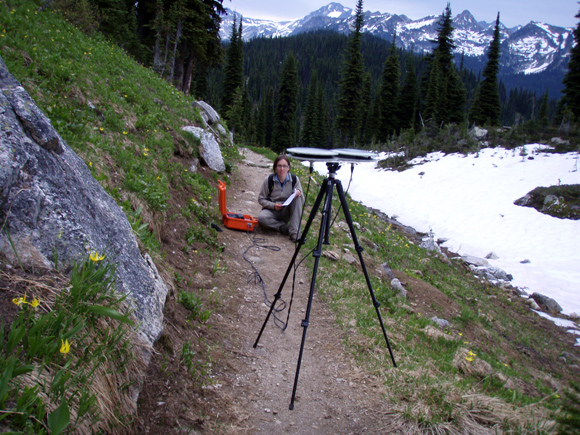 Many bird species are in danger of disappearing throughout the world as more and more of them are found on rare and threatened species’ lists. With their small size, hours of activity and mobility, monitoring birds is no easy feat. Employing the use of new sound technology to assist in monitoring birds like the endangered Olive-sided Flycatcher, Parks Canada helped develop and test a Marantz digital recording unit and a radially directional microphone that can record sound 360 degrees—Mother Nature’s surround sound.

Parks staff and volunteers set up sound stations throughout Glacier and Mount Revelstoke national parks. Microphones record the sound of the environment allowing researchers to record and identify birds at any time, in many locations. The recordings are collected and analysed and the results are music to the ears. This sound technology provides more accurate and complete data sets about where different species prefer to live, eat, mate, raise their young and how they respond to disturbances like noise from human activity.

Parks Canada will continue to use this technology to monitor these species to determine whether improvements made to their habitats could increase populations of threatened birds in Mount Revelstoke and Glacier national parks. 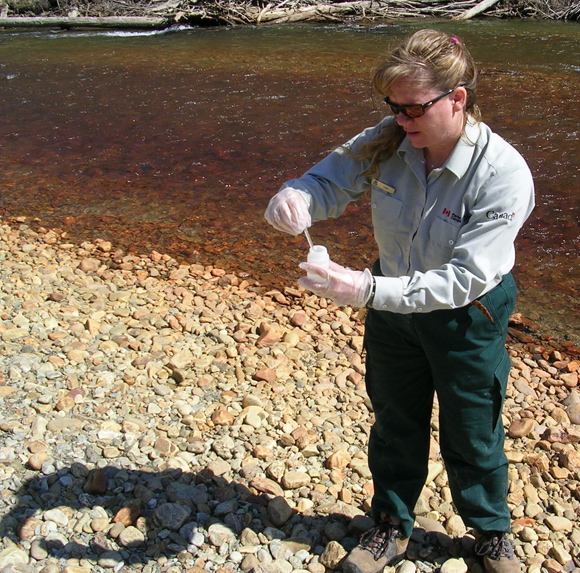 Parks Canada has implemented an Ecological Integrity Monitoring Program for all mountain national parks including Mount Revelstoke and Glacier national parks. In 2005, after several years of work and significant investment, Parks Canada unveiled a new monitoring system for assessing the ecological health of national parks. This is the first time Parks Canada has attempted to create a monitoring system that is consistent across the network. Consistent reports on the ecological state of the parks are produced in a rational and systematic way to support park decision-making.

Each park monitors elements that are common nationally and unique to their respective ecosystems. Examples include water quality, airborne pollutants, wildlife populations, bird diversity, amphibian populations, invasive plants, glacier recession and rates of wildfire. Built into this system is extensive scientific review, affordability analysis and public involvement. Over the long term, it assesses ecological health and guides ecosystem management in the mountain parks.

The results of ecological monitoring are valuable, too, in educating Canadians about the nature of mountain ecosystems and the effects – whether positive or negative – of human choices and activities on the health of our national parks. 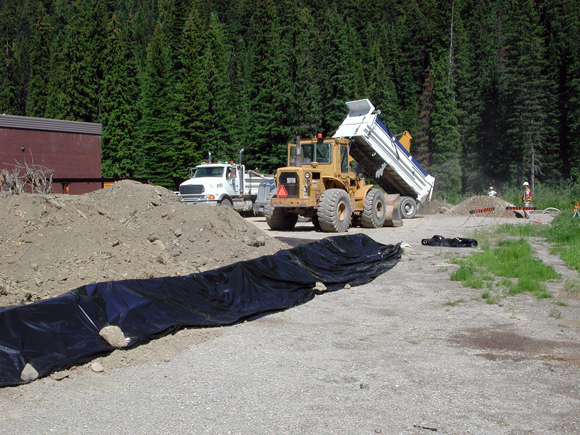 Rogers Pass in Glacier National Park has been the site of national transportation corridor operations for 125 years. In 1885, the Canadian Pacific Railway was built through Rogers Pass, and in 1962, the Trans-Canada Highway was built through Rogers Pass. While important for the flow of people and goods, these transportation corridors have resulted in contaminated sites at the operations compound and the visitor services area. Contamination included hydrocarbons, metals, gasoline, various petroleum hydrocarbon products, lubrication oils, and coal.

To ensure human and wildlife health, contaminants at the sites were removed, with remediation occurring at the compound in 2006 and the visitor services area in 2010. Continued monitoring of the sites shows improved ecological health for both humans and wildlife and is helping to direct future contaminated site remediation efforts. 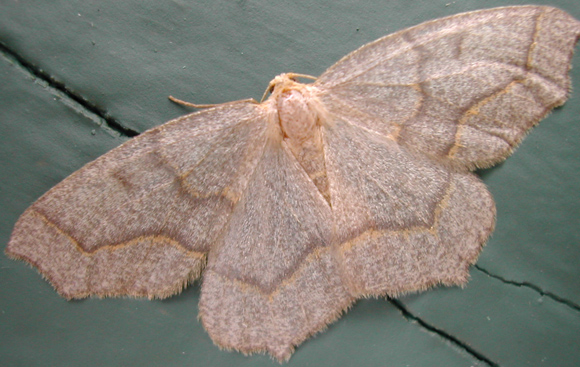 In 2002, an outbreak of mountain pine beetle severely affected a large area of forest in the Interior of British Columbia. At the same time, an outbreak of another insect, the western hemlock looper, was taking place in the Columbia Mountains, including Mount Revelstoke and Glacier national parks.

This insect feeds primarily on the leaves and needles of trees. A severe outbreak can completely strip trees in one season and may eventually cause tree mortality, even altering or killing patches of forest. Periodic insect outbreaks occur naturally and contribute to long-term forest health. However, an infestation could have severe and widespread effects on forests, including negative impacts to the forestry industry and on woodland caribou habitat.

In an effort to better understand these winged insects, Parks Canada staff began a collaborative research project to assess how hemlock looper outbreaks affect forest health and whether they degrade caribou habitat.

After three years of studying the frequency and severity of the last outbreak, followed by monitoring forest regeneration, it was determined that most forests can survive looper infestations and that woodland caribou are usually not affected by the disturbance. This research is critically important to managing forest health, especially for the next outbreak which is forecast to occur in Mount Revelstoke and Glacier national parks in 2012. 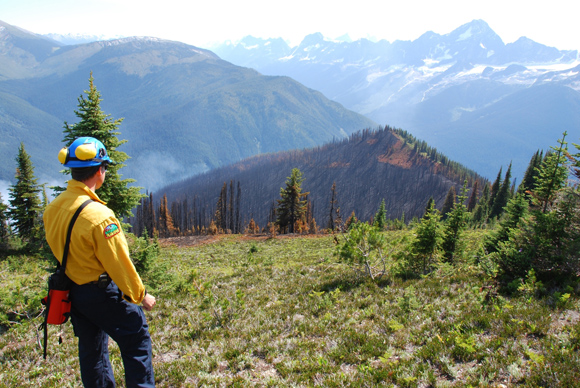 Beginning in the 1980s, Parks Canada partnered with the University of Calgary and pioneered studies on the characteristics of forest fire in Mount Revelstoke and Glacier national parks to learn what makes these fires tick.

Parks Canada continues to research forest fire behaviour in these parks, including how and where to thin forests to protect nearby property. Using state-of-the-art science, Parks Canada is working with the Province of British Columbia Wildfire Management Branch and the Canadian Forest Service to model and map the risk of forest fire in the parks. This research helps guide Parks Canada on how to best manage forest fire for effective protection of people, property and infrastructure. It also guides Parks Canada in restoring forest fire as a natural ecosystem process to improve forest health, reduce the risks of catastrophic wildfires and provide animals with improved forage.

Wolverines are Blue-listed as a species of special concern by the government of British Columbia and have been referred to the Committee on the Status of Endangered Wildlife in Canada for re-assessment. Wolverines have a low-reproductive rate and are sensitive to human activities and habitat fragmentation created by human development such as highways and railways.

In order to better understand the dispersal of this elusive species, Mount Revelstoke and Glacier national parks are piloting a wolverine DNA project to learn about the genetic exchange of wolverines across the Trans-Canada Highway and Canadian Pacific rail line in Glacier National Park.

Parks Canada staff are collecting wolverine DNA using baited barbed-wire hair traps set up on trees and the sites are monitored using infrared motion-sensor cameras. Researchers can monitor wolverine behaviour and estimate the size, gender and genetic dispersal of the population without ever having to come in direct contact with the animal. The results from the wolverine study, along with earlier data, will be used to determine future wolverine habitat and connectivity protection actions.