Who knew that some old snow science tools used for years in the Parks Canada avalanche control program were considered valuable artifacts?

The Canada Museum of Science and Technology in Ottawa did. 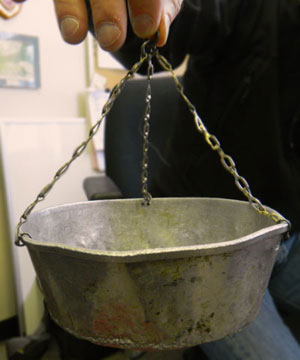 In March 2013, a curator from the museum visited Glacier National Park in search of pieces from an original Klein Kit—and found them at the Parks Canada offices in Rogers Pass, some still in use!

The Klein Kit is one of Canada’s first snow study kits—and a "Holy Grail" for snow science artifact seekers, as very few kits were made.

Designed in 1948 by George Klein, a National Research Council inventor and Officer of the Order of Canada, the kit was designed to measure the physical and mechanical properties of snow, such as hardness, depth, temperature, and the size and shape of individual grains.

The park donated several original Klein Kit tools to the Canada Museum of Science and Technology to be preserved and shared with Canadians. 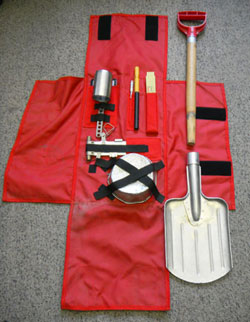 The Klein Kit pictured at left was transferred to the Museum. It holds both original and replacement pieces, including an early compact avalanche shovel.

Tools from the Klein Kit originally came neatly packed in a wooden box, but avalanche forecasters devised a more efficient way to package them for backpacks, using nylon fabric and Velcro.

The Klein Kit facilitated early snow research in Canada and had an influence with researchers internationally. Some parts are still used by Parks Canada avalanche forecasters and technicians to make important avalanche control decisions. 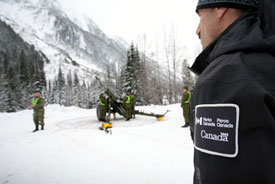 The Glacier National Park avalanche control program is significant, not only for being the world’s largest mobile avalanche program and keeping the Trans-Canada Highway open and safe for motorists during winter, but also for the important contribution that scientists, engineers and Parks Canada staff have made in the field of snow and avalanche science. 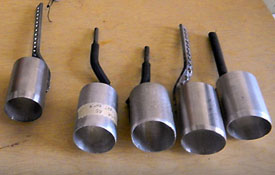 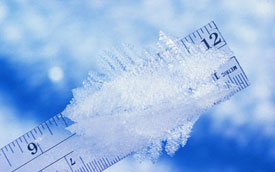 Along with weather information, snow profile observations are interpreted by Parks Canada staff to forecast when and where avalanches may occur and produce daily avalanche bulletins for the public. 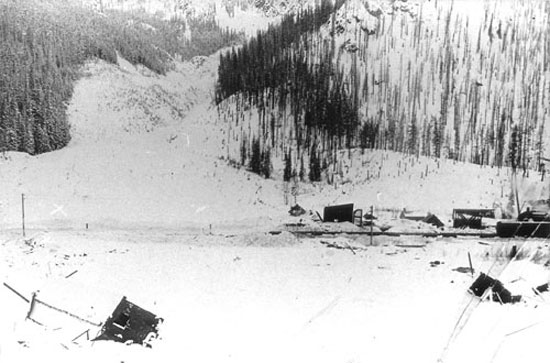 Avalanche on the railway at Rogers Pass, 1899
© Revelstoke Museum and Archives

Noel Gardner (and his dog) monitor snow and weather on Mount Fidelity in Glacier National Park in 1962
© Revelstoke Museum and Archives, Hawkes Collection

However, the first actual snow profile recorded in the Rogers Pass area is credited to Marcel de Quervain, a Swiss avalanche expert who visited Rogers Pass in 1949. De Quervain later became the Director of the Federal Institute for Snow and Avalanche Research at Davos, Switzerland.

It is unknown exactly when the first Klein Kit arrived in Rogers Pass.

In 1957, when the government decided to construct the Trans-Canada Highway through the pass, National Research Council Engineer Peter Schaerer of Switzerland joined the avalanche team, and found the kit already in use by Gardner.

When asked who first used the Klein Kit and when it was brought to Rogers Pass, Schaerer replied:

"nobody knew about it. It was just there in the park warden’s office when I arrived in 1957. The NRC originally made 120 copies but the US army bought most of them for research in the Arctic; pieces of the kits were used in the park and some pieces were borrowed and never returned..."

Schaerer was responsible for the design and location of avalanche control works and static defenses against avalanches (snow sheds, earth mounds and dikes) as well as snow and avalanche observations. 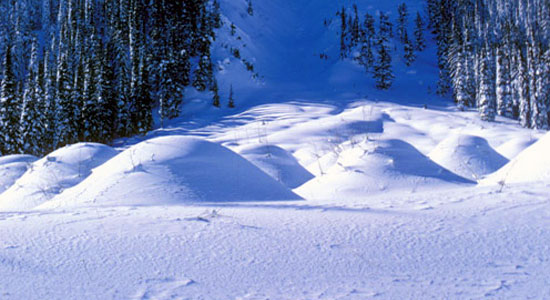 Earth mounds (above, snow covered) act as static defenses and slow avalanches down before they hit the highway. (Today, most mounds are tree covered and harder to see—that was not the case in 1973, when this photo was taken.) 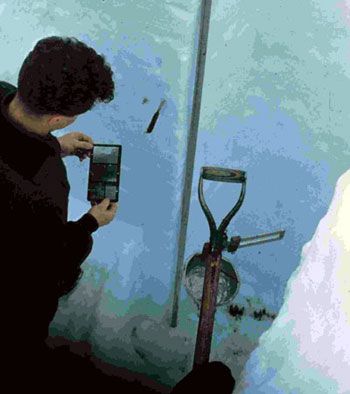 The Klein Kit was used by both Gardner and Schaerer during this early period, and subsequently by Fred (V.G.) Schleiss who led snow science and avalanche control in the 1960s.

The Klein beam balance and the small bucket (hooked on the handle of the shovel) are some of the basic instruments used to determine snow density of various layers within the snow pit.

From 1957 to 1991, the National Research Council of Canada (NRC) was involved in snow science at Rogers Pass. Today, avalanche/snow research continues through partnerships between Parks Canada and the University of Calgary in collaboration with the Canadian Avalanche Association and the skiing sector. 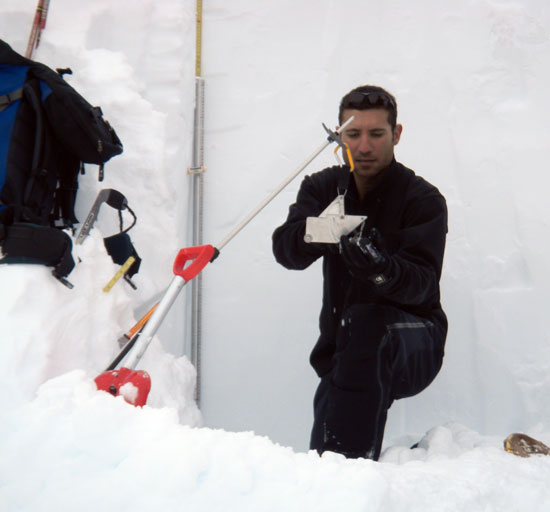 One of the photos below was taken in 1972, and the other in 2013. Can you spot the differences between these snow science tools kept at the snow study plots?

Not much has changed since the 1960s. Snow still needs to be examined and measured, and avalanches continue to threaten the highway. The original Klein Kit still serves in a pinch on Mount Fidelity if staff leave their lighter, more modern tools behind.

Snow: something to be studied, respected and enjoyed. 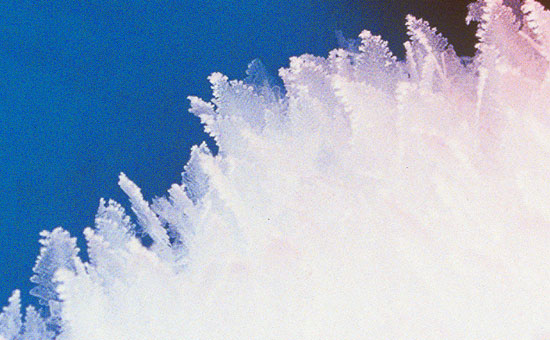