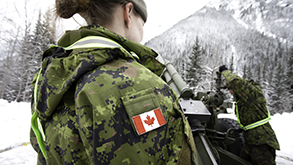 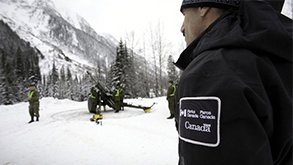 Each winter, Parks Canada and the Canadian Armed Forces work together to release avalanches in a controlled manner before they become a threat to the transportation corridor (Trans-Canada highway and Canadian Pacific (CP) railway). 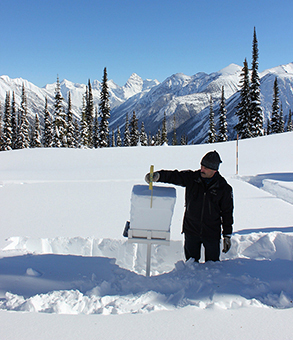 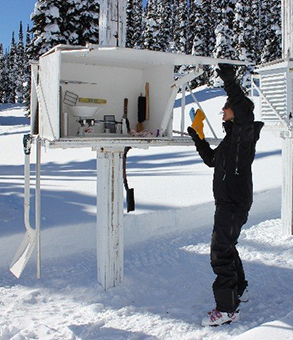 A wide range of information is required in order to determine when and where avalanche control is necessary, especially as weather conditions change. Avalanche technicians collect weather, snowpack and snowfall data daily at snow study plots at Rogers Pass (1,315 m), Mount Fidelity (1,905 m) and other locations in the park. In addition, sophisticated remote sensors high in the mountains continually transmit weather information, such as precipitation, temperature, wind speed and direction, to complete the full picture. 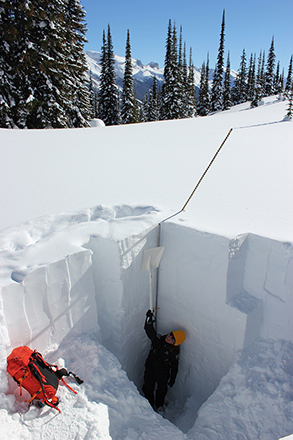 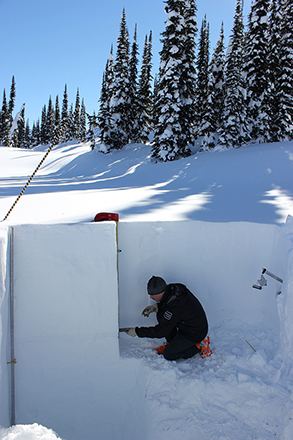 Often, the technicians must ski into high-elevation areas and dig a snow study pit to analyse the different layers which have developed within the snow pack. Study pits are between 1.5 and 5 metres deep. From inside the pit, they can see the different buried snow layers and determine the stability of these layers, and how much force it may take to release an avalanche.

Usually a snow study pit analysis finishes with a Rutschblock test, which duplicates the force that a skier exerts on a snowy slope. Wearing their skis, a technician climbs onto the column of snow and applies incrementally more force until triggering a release of the weaker layers.

If conditions warrant, the highway is closed and avalanche control is initiated. 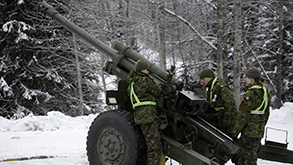 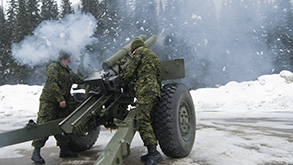 In Glacier National Park, the 105 mm Howitzer has proved to be the most effective and efficent method used to control avalanches. There are 270 pre-set targets on the 134 slide paths that have the potential to hit the highway or railway. The Howitzer with the pre-calibrated targets allows the team to conduct avalanche control measures at night and in all kinds of weather. 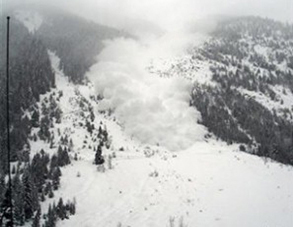 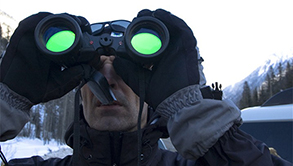 Under the direction of Parks Canada’s Senior Avalanche Officer, the Royal Canadian Horse Artillery of the Canadian Armed Forces operate the howitzer at one of 17 gun positions along the Trans Canada Highway. Each shell is fired at a known trigger zone high up the slide path, creating a shock wave that releases an avalanche when snow conditions are right. 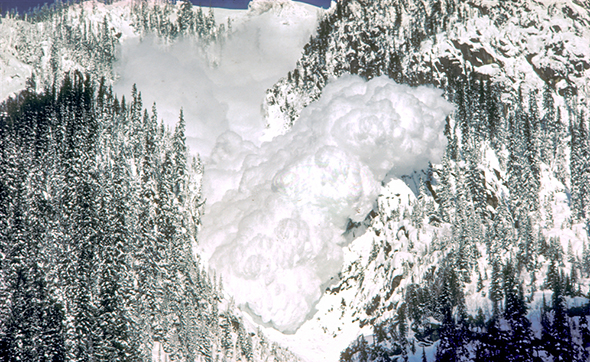 Avalanche officers watch and analyse the results. They listen for the shell to explode and watch to see how much snow has avalanched down the mountain. If necessary, they will shoot the location again or move to another strategic target.

Most avalanches triggered by the avalanche control program never reach the highway. By frequently bringing down small avalanches, snow load is reduced, minimising clean up by highway crews and shortening highway closures.

There are times when avalanches, either natural or triggered, are large enough to reach the highway. When this happens, highway closures may be longer than anticipated as Parks Canada highway crews must clean up the snow and debris.

When the highway is clear and the avalanche team deems the hazard is reduced, the highway reopens to traffic… until the next time conditions warrant another round of avalanche control.

The Parks Canada avalanche control program is not conducted
for skier and snowboarder safety.

Anyone travelling into avalanche terrain in the back-country should have the proper training to assess the conditions and terrain, have the appropriate skills and equipment for self-rescue and must comply with the Winter Permit Program.