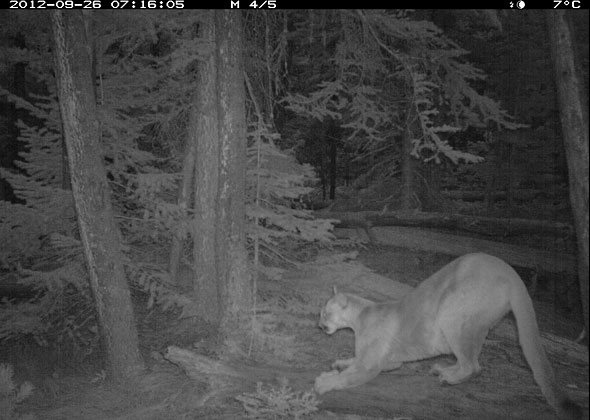 Most people assume that when cats scratch objects with their front paws, they are sharpening their claws.

It turns out that this is only a secondary reason. Research suggests that the major reason for this behaviour is communication.

Cats have scent glands in their paws so that when they make a scratch they leave odour cues that other cats can smell. By roughing up the bark of a tree or other objects, cats are letting other cats know where they are. 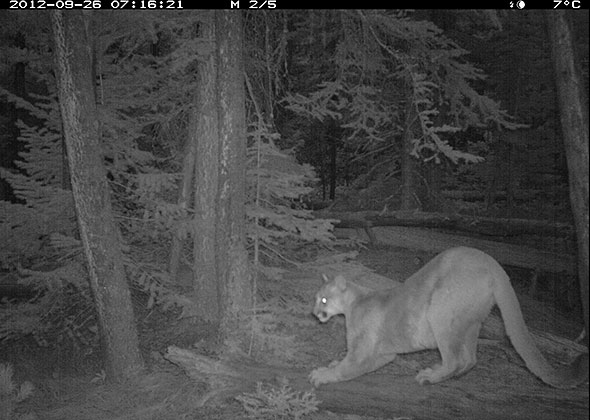 Cats tend to pick a few conspicuous objects in their environments to scratch, such as trees, logs, etc., and return to them repeatedly. This log seems to be a particular favourite of this cougar where the cameras have captured her several times.

Cats also use scent from other parts of their bodies to communicate. They have scent glands at the corners of their mouths, in the thin hair between their eyes and ears and at the base of their tails. They leave scent marks when they rub their heads and tails on things.

Just what they are communicating with this rubbing isn’t known.