Although wolves are the archetypal efficient predators, most prey chased by wolves actually get away. Only about one in three hunts are successful. To catch larger prey such as moose and elk, wolves typically work together hunting as a pack. Lone wolves will usually stick to small prey including snowshoe hare, squirrels or beaver.

It looks like this adult moose was just too much for this pair of wolves to take down. 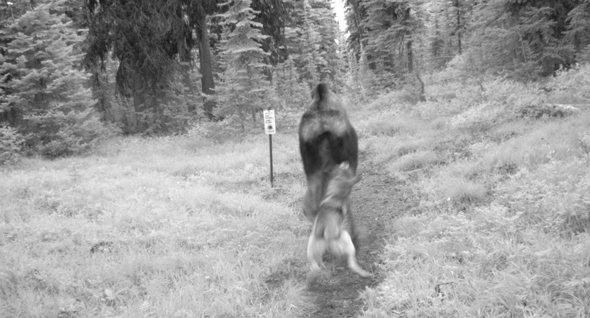 A wolf tries to take down a moose © Parks Canada 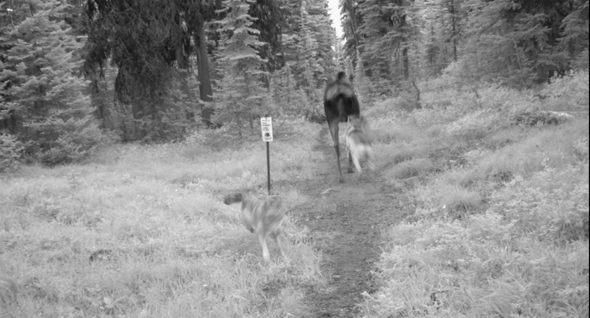 Two wolves work together in the hunt © Parks Canada 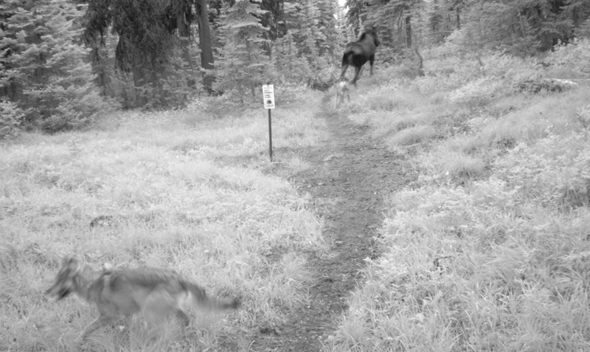 It looks like the wolves are unsuccessful © Parks Canada