Two members of the cat family are found in Jasper National Park. The largest is the mountain lion or cougar. Weighing nearly 70 kg, cougars are tawny-brown in colour with black-tipped tails. Although rarely seen, there is a small population in the park. In recent years cougars have been caught on camera nearer to human habitation than initially thought. Cougars, though, rarely attack humans. 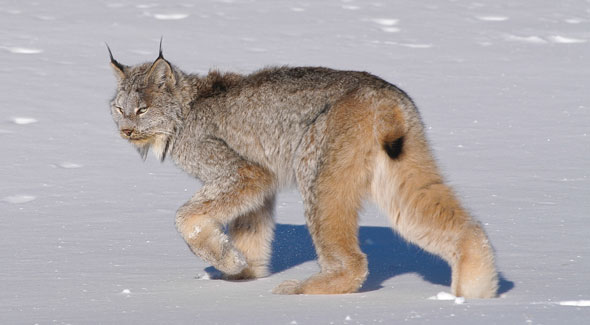 The other member of the cat family that resides in Jasper National Park is the lynx. Lynx are nocturnal and rarely seen. Grey/brown in colour with tufts of fur on their ears, lynx have distinctively long legs with large feet. Because of their intolerance of humans and night time hunting habits, the extent of their population in Jasper is unknown.