Elk are large magnificent animals and a vital part of Banff National Park's ecosystem. As the main herbivore in the park, elk are a major food source for carnivores such as wolves.

High elk concentrations in the Banff townsite over the last 15 years have resulted in serious ecological impacts, such as vegetation degradation and upsets in predator/prey relationships, and growing public safety concerns.

In 1992, a community-based Elk Advisory Committee was formed to consult with Parks Canada regarding elk management actions to reduce human-elk conflicts. In the first five years, the Committee focussed on education programs, areas for preventative closures and guiding some research projects. In 1999, Parks Canada and a re-vitalized Elk Advisory Committee implemented the Banff National Park Elk Management Strategy. This strategy took an adaptive management approach and had two key goals: the restoration of natural ecological processes on lands adjacent to the town; and the reduction of elk-human conflicts. 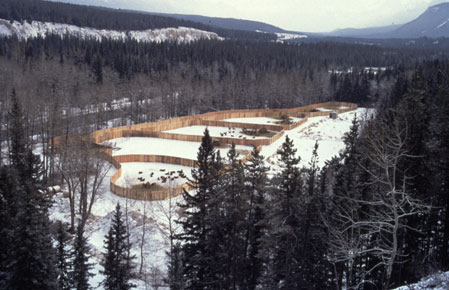 As part of the Strategy, a total of 212 habituated “townsite” elk were trapped and re-located out of the Bow Valley between 1999 and 2002. Once these animals were removed, an aversive conditioning program was implemented on the remainder of the herd to increase the wariness of elk toward humans, restore their migratory behaviour, and teach them to avoid the townsite.

Research and monitoring are key tools in the Elk Management Strategy. Research projects over the past five years include: 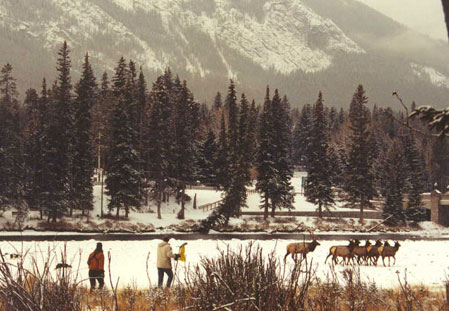