A toolkit for the terrain 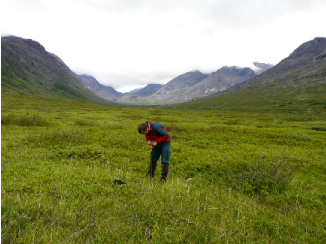 Banff National Park — among the world’s most famous — began its administrative life as a humble collection of hot springs. Surveyors discovered these warm pools as the first railroad was passing through the Canadian Rockies in the 1880s; bitter spats over their ownership prompted Prime Minister John A. Macdonald to set the whole region aside as a preserve under government purview.

The underlying idea behind our national parks has continued to well up as faithfully as the water in those springs. An already striking landscape was made even more appealing to visitors, and the principle of stewardship over such remarkable sites would serve as the cornerstone for what would eventually become Parks Canada. When that agency was created as the Dominion Parks Branch in 1911, it became the world’s first national parks service.

Since then, dozens of other parks have been added to celebrate those places that Canadians value for natural beauty or environmental significance. The list includes everything from lush Great Lakes lowlands to prairie grasslands and the country’s most northerly coastline.

In 2008 the latest addition became Torngat Mountains, consisting of some 9700 square kilometres of the rugged northernmost tip of Newfoundland and Labrador. Just as the region was acquiring this new status, it also took on a special focus for Parks Canada researchers. They chose Torngat Mountains National Park to test a new strategy for assessing the ecological integrity of the 12 large, remote parks located in Canada’s north.

The concept of ecological integrity defines how Parks Canada manages these land holdings. Field surveys consider specific indicators of the park environments in relation to naturally occurring plants and animals. Before setting up a long-term monitoring program, however, researchers had to determine what kinds of indicators they were going to examine, and what sorts of changes they would follow.

“It’s hard to monitor what you have without even having a really good idea of what ecosystems are present and how they function,” says Parks Canada ecologist Donald McLennan.

He therefore went after support from Canada’s contribution to the International Polar Year (IPY), which supported a series of projects to pin down the current state of ecological integrity in Torngat Mountains. IPY, a multi-national research initiative mounted every 50 years, brought thousands of researchers from dozens of countries into the world’s polar regions during 2007 and 2008. Several of these projects focused on Canada’s northern national parks. 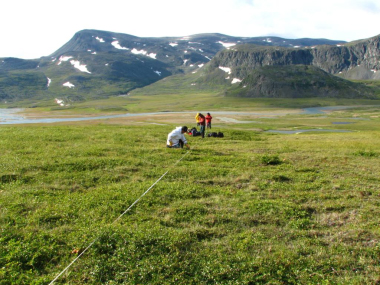 In Torngat Mountains, Parks Canada field crews worked in collaboration with scientists from the University of New Brunswick. Among the techniques they explored was the sampling of various freshwater systems, including streams fed by glaciers, snow-melt, or lakes. More specifically, they measured the levels of nutrients and the diversity of organisms living in these waterways.

Similar research was also conducted at other parks, including Wapusk National Park in Manitoba, Sirmilik National Park in Nunavut, and Nahanni National Park Reserve in the Northwest Territories. In each case, measurements taken in lakes, rivers and streams provided a foundation for the current ecological integrity of each park, and a starting point for monitoring over decades to come.

According to McLennan, ecological integrity relies on what he calls “stationarity”, the idea that natural systems are in constant flux from season to season, but their overall environmental variability remains limited and well defined within broad scale climatic zones.
Now, however, it appears that the defining boundaries of these zones are beginning to shift, as the average temperature in Canada’s north rises steadily. That makes it all the more important to pin down efficient techniques for determining what is happening in those northern parks that are being affected first by climate change.

“We know that climate is going to change, but we don’t know on a park by park basis how that plays out in terms of weather and ecological response,” he says. “We’re trying to understand the ecological processes that control the distribution of the different ecosystems across the park landscape, in order to predict how they’ll respond to climate change.”