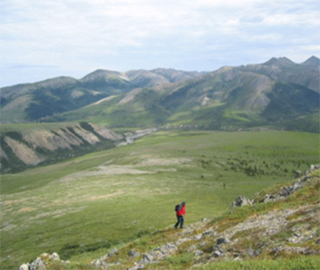 The vast open spaces of Canada’s northern frontier are a dream to most Canadians, but Kayla Arey has always treated them as part of her back yard. The teenager grew up in Aklavik, a hamlet of about 600 people just south of the Northwest Territories arctic coast. Going out on the land was nothing new, but a summer job opportunity in 2008 added a new dimension to her experience.

“It was awesome,” she says, fondly recalling the work that took her into remote sections of the Ivvavik National Park. Created in 1984, this park covers more than 10,000 square kilometres of the northernmost Yukon Territory and Mackenzie Delta. Taking its name from the Inuvialuit word for “nursery”, Ivvavik protects vital calving grounds of the Porcupine caribou herd. It was also the first of Canada’s national parks to be created by an aboriginal land claim agreement.

Kayla spent several weeks as a field assistant with a research project mounted by Parks Canada. A helicopter took students like her into isolated sites containing designated field plots covering just one square metre. She then reached in to collect samples of as many different plant species as she could find in that spot.

The task may sound all too simple, but it has implications for the future of Ivvavik and the rest of Canada. Kayla was instrumental in compiling a detailed inventory of vegetation in a northern wilderness that has long been the scene of dramatic change. At various times over the course of thousands of years, such places have been covered with everything from massive ice sheets to warm shallow seas and temperate forests.

The dynamic character of the land has always been well known to those who have lived here, and who have adapted themselves accordingly. Now, according to Parks Canada ecologist Donald McLennan, Ivvavik and other parts of the north are demonstrating a warming trend associated with a global shift in climate. Even by the standards of a landscape that has repeatedly bounced back from ice ages, the current rate of warming is setting an unprecedented pace.

The park setting, he explains, offers an opportunity to study this change in an objective way. There, far removed from practically all human intervention, climatic trends can be observed more clearly.

“We’re trying to understand the ecological processes that control the distribution of the different ecosystems across the park landscape, in order to predict how they’ll respond to climate change,” he says.

This particular project took place as part of the International Polar Year (IPY), a multi-national research initiative that brought thousands of researchers from dozens of countries into the world’s polar regions during 2007 and 2008. Several of these projects focused on Canada’s northern national parks. The kind of collecting Kayla conducted in Ivvavik also took place in Ukkusiksalik National Park in Nunavut, Torngat Mountains National Park in Newfoundland and Labrador, and Wapusk National Park in Manitoba. 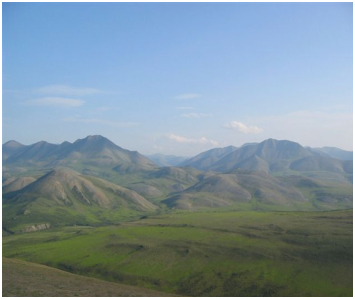 For McLennan, the goal is a long term one — setting the stage for programs of ongoing monitoring in these massive parks. The samples provided by Kayla and others are intended to be the first in a long line of observations about what kind of plants live within the park boundaries. In the coming years and decades, further sampling will record changes as they occur and whether those changes point to a pattern such as climate change.

The result, he adds, will point to the environmental future of these parks, which should also reveal where other parts of the country are heading.

“Change is coming first to the north,” he insists. “What we learn up there about conservation we can use in the south.”

Kayla sees herself as part of that future. Her experience in Ivvavik has added to her enthusiasm for entering the Environment and Natural Resources Technology Program at Aurora College. That prospect heartens McLennan, who regards her as part of an upcoming generation of northern-based experts who will carry on the task of monitoring these places far into the future. And such monitoring, he concludes, is the very bedrock of the Parks Canada commitment. “Parks are forever,” he says, “which is quite a long time.”