A walk in the clouds: our evolving view from above 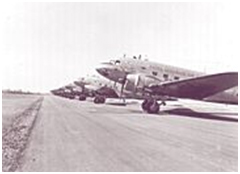 Flying photographers of 1949: a squadron located at the Rockcliffe air base in Ottawa conducted the first aerial mapping of Canada’s north
© Public Archives of Canada PA 66119

After the harrowing experience of flying bombers over Europe during World War II, Earl Mayo is unequivocal about describing his work in Canada’s north as “the most boring flying I ever did”.

Nor should that seem surprising, since he spent endless hours in the cockpit of a converted C-47 bomber, flying thousands of miles of straight lines over large patches of arctic territory. Between 1947 and 1949 this was his contribution to the first aerial photographic survey ever conducted in this region.

“I sat there and wondered where would be a good place for a forced landing,” recalls Mayo, who is now 92. He never did find many suitable spots, since much of the landscape was dominated by a seemingly endless array of rocky terrain and lakes that would likely spell disaster for a downed aircraft.

Boring it might have been, but the information he and his fellow flyers gathered has been anything but. In the first year alone, his squadron photographed more than 111,000 square miles, with results that led to a great many changes on the accepted maps of the time. Previously uncharted lakes were added, and whole islands that had previously been identified on maps were nowhere to be found.

What emerged was the first comprehensive visual archive of a region that had never been mapped in this way before. The resulting photographs, now more than 60 years old, laid the foundation for an archive that has continued to grow. Now much of the tedious work is being conducted from space, and it is reaping even greater insights.

According to Robert Fraser, a research scientist with the Canada Centre for Remote Sensing, the work of satellites builds on a model that was honed by aerial photography. Traditionally, a trained ecologist would have used these photographs to establish the boundary and identity of ecosystems on the ground. The work was time-consuming and the area that could be mapped in this way remained limited.

Those limitations were especially frustrating for Parks Canada, which has committed to producing detailed reports on the state of its parks every five years. For the large northern parks, covering a total of more than 200,000 square kilometres, meeting this commitment could be all too daunting.

“Mapping ecosystems over entire Arctic parks using the conventional air-photo approach is not realistic,”explains Fraser. “We try to merge ecosystem maps covering smaller areas with satellite imagery and digital elevation models. Terrain characteristics derived from the elevation models can be used to predict where those ecosystems occur on the broader landscape throughout the entire park.”

A satellite-based approach has already generated significant results on a more limited scale in some smaller, more southerly parks. Working with satellite data collected over Nova Scotia’s Kejimkujik National Park and National Historic Site and the greater park ecosystem since 1985, Parks Canada biologist Paul Zorn and his colleagues were able to illustrate the significant extent to which the forest habitat of the local flying squirrel population had deteriorated in the region surrounding the park over a 20 year period. 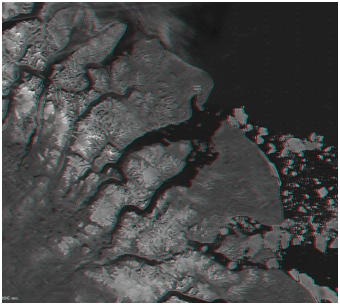 Over the past two years this strategy has been employed with the support of Canada’s International Polar Year (IPY) initiative, aimed at refining the way in which ecosystems could be modeled. IPY, a multi-national research initiative that brought thousands of researchers from dozens of countries into the world’s polar regions during 2007 and 2008, included several projects focused on Canada’s northern national parks.

Eventually, the information obtained from these models will be used to predict changes taking place in these ecosystems, offering a valuable glimpse into the effect of trends such as a warming climate.

Jean Poitevin, a research coordinator with Parks Canada’s Ecological Integrity Branch, initiated the satellite-based monitoring collaboration between his organization, the Canadian Space Agency, and the Canada Centre for Remote Sensing. He regarded the work on Kejimkujik as a demonstration of the kind of insight this imaging technology could generate in northern national parks.

“There’s a great opportunity to use our national parks as research nodes for what’s happening globally on the land,” he says.