Canada’s space prowess shines in remote corners of the north 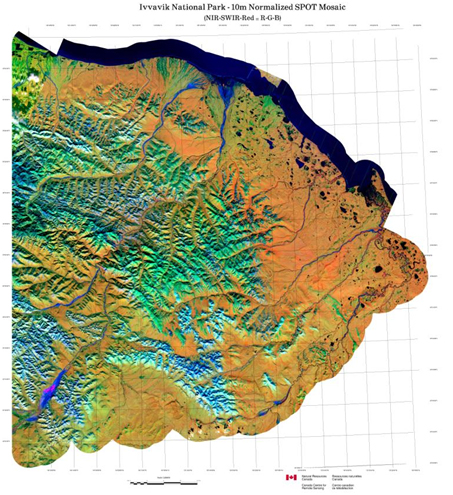 In order to manage some of the greatest places on earth, Parks Canada is turning to outer space. The agency has established an ongoing partnership with the Canadian Space Agency and the Natural Resources Canada’s Canada Centre for Remote Sensing (CCRS), seeking expertise in the use of orbiting satellites to collect information about what is happening on the ground.

The collaboration, called ParkSPACE, runs from 2008 to 2012. It is exploring the capabilities of hardware found on the latest generation of earth-observing satellites, as well as developing software and methods that could extract details about environmental change from the resulting data.

Canada, which has a track record in space going back to the early 1960s, has continued to rank among the world’s leaders in this field. Since 1995, for example, Canada’s Radarsat-1 has been acquiring detailed images by day or night, regardless of whether cloud cover, smoke or haze is in the way.

Such all-season, all-weather observation appeals to Parks Canada, which now has 72 per cent of its land total holdings in roadless regions of Canada’s north. Getting people into these isolated settings remains expensive and difficult, even when weather permits. Nor can this approach cover more than a tiny portion of these massive areas.

Nevertheless, Parks Canada Agency is required to report to the federal government on the ecological status of these parks, exercising a responsibility to oversee their ecological integrity.

This concept, which lies at the core of the Parks Canada mandate, makes it necessary to demonstrate an awareness of the plant and animal species that live in parks, along with any changes in the ecological processes that sustain these inhabitants.

According to Robert Fraser, a research scientist with the Canada Centre for Remote Sensing, it may be all but impossible to achieve this kind of understanding for vast areas from the ground alone. Many corners of the country’s north have seldom been studied in the necessary detail even to start this kind of inquiry from the ground.

“It’s an environment that’s in flux, and has been in flux for thousands of years,” he explains. “It’s changing since the last ice age, and now there’s the additional impact of a rapidly changing climate. Where’s the baseline? That’s a question we’re trying to deal with. We can track trends, but how do we define a baseline condition for these ecosystems and predict the environmental thresholds at which they undergo sudden changes?”

In this way, the ParkSPACE aims to further develop and then apply satellite-based monitoring, reporting and quantifying changes in Canada’s northern national parks. The value of doing so has already been shown by an earlier collaboration, which assembled the same partners for an initial consideration of how well satellite monitoring performed for southern parks says Jean Poitevin, project manager and initiator of this collaborative agreement between Canada Space Agency, CCRS and Parks Canada Agency.
Parks Canada ecologist Donald McLennan and his team helped to spearhead that work, which satisfied him of the feasibility of this strategy. For example, satellite data archives documented a major decline in forest cover around one park over a period of decades. To him, this reveals how even older remote sensing systems could provide invaluable findings.

“Now we have to make it work in the systems we have already set up for monitoring,” explains McLennan. “That’s why this time we’re training staff and acquiring equipment that will enable us to make the most of what the satellites give us.”