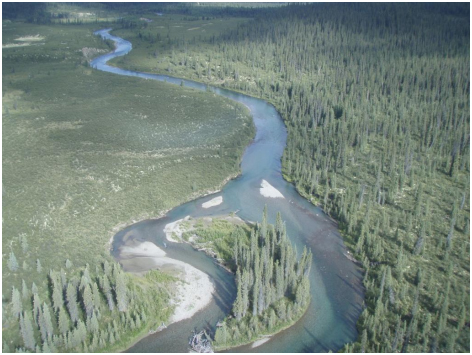 “It’s the great spaces that appeal,” said the famous Canadian humorist Stephen Leacock. “To all of us here, the vast unknown country of the North, reaching away to the polar seas, supplies a peculiar mental background. I never have gone to the James Bay; I never go to it; I never shall. But somehow I’d feel lonely without it.”

Nahanni National Park Reserve undoubtedly qualifies as one of those great spaces, even though it is even further removed from the daily lives of most Canadians than James Bay. This corner of the Northwest Territories achieved park status in 1976. It has seen growing numbers of visitors since then, but nothing like the tourist traffic that dominates more southerly mountain parks in British Columbia and Alberta. In 2009 Nahanni expanded to more than six times its previous size, protecting more than 30,000 km2 of spectacular wilderness, encompassing scenic mountains, canyons, gorges, and rivers.

That expansion emerged from the efforts of working group that included 10 First Nations chiefs and three Metis leaders. They were determined to see the South Nahanni River watershed and its accompanying ecosystem safeguarded from any purely economic development.

Parks Canada Ecologist Donald McLennan agrees with that sentiment, which is why he sought support from Canada’s International Polar Year (IPY) program. A multi-national research initiative, IPY brought thousands of researchers from dozens of countries into the world’s polar regions during 2007 and 2008. For him, the occasion was perfectly suited to establishing comprehensive, ongoing monitoring efforts in the vast range of landscapes represented by northern Canada’s National Parks.

In such places, he explains, ecological processes can be tracked in an isolated context. It is easier to determine which effects might be natural, and which have some human cause. For example, mining activity near Nahanni’s southern boundary has raised questions about potential contamination of park waterways.

Once researchers have identified the species that naturally belong to the park’s aquatic ecosystems, the potential impact of the mines can then be assessed. Regular monitoring of freshwater streams and rivers throughout the park make it possible to determine the relative abundance of plants and animals. A similar approach can also assess the effects of another major environmental concern, a warming climate across Canada’s north.

The resulting IPY project, led by Parks Canada aquatic ecologist Garry Scrimgeour, featured field studies at some 135 sites across the south Nahanni watershed. There, in the park’s primary river, he and his colleagues sampled water chemistry as well as the resident populations of plants and animals.

“It was the first comprehensive sampling to identify stream health in the south Nahanni, the first broad-scale, standardized approach.” He adds that this work offers an unprecedented appreciation of Nahanni’s ecological integrity, a concept that lies at the heart of the Parks Canada mandate. 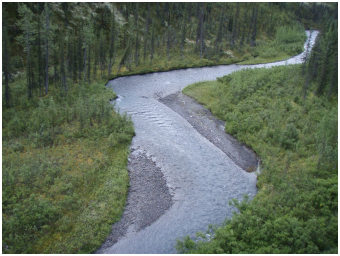 Besides confirming the well being of various species living in the park, this kind of monitoring tracks changes or stresses affecting these populations.

“Something has ecological integrity when the species that it should support are present and viable, and natural processes like fire or flooding are also occurring,” he says. “Those processes determine the species that are there.”

For his part, McLennan concurs with Leacock’s observation, which can be used to help Canadians glean valuable lessons from a sentimental attachment to their country’s distant frontier, even if they never visit it for themselves. The challenge, he adds, is getting them to understand how drastically nature will be affected in these places.

“The most recent models predict greater than 100 per cent replacement of mammal and bird species in the central arctic over the next century,” says McLennan.