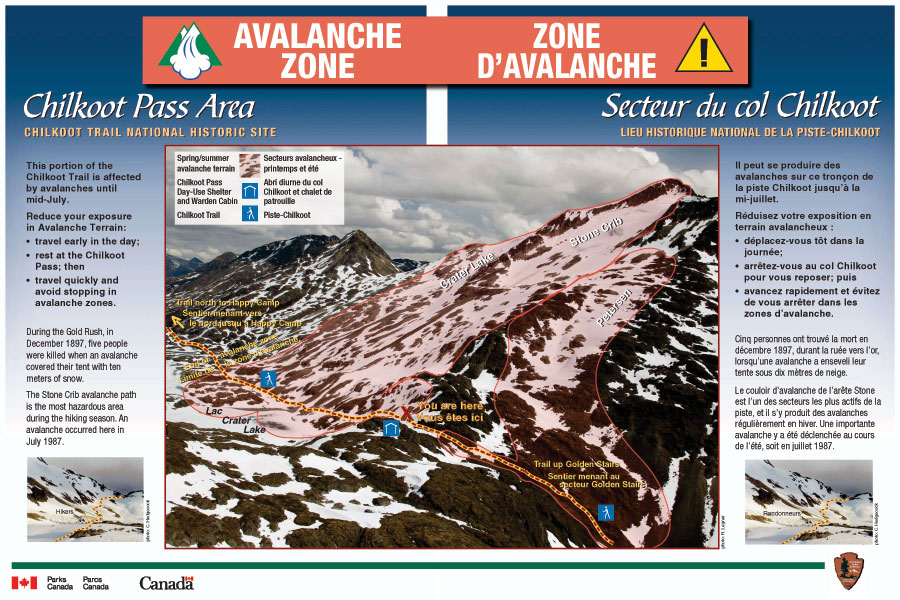 This portion of the Chilkoot Trail is affected by avalanches until mid-July.

Reduce your exposure in avalanche terrain:

During the Gold Rush, in December 1897, five people were killed when an avalanche covered their tent with ten metres of snow.

The Stone Crib avalanche path is the most hazardous area during the hiking season. An avalanche occured here in July 1987.