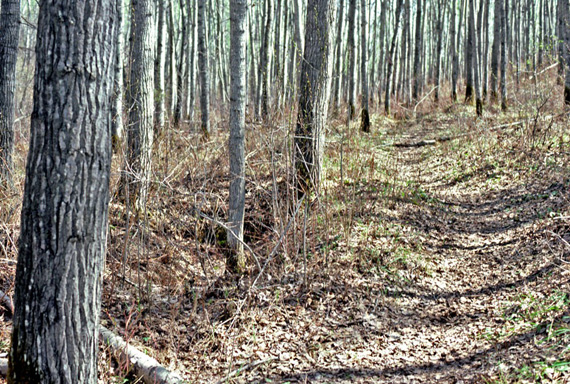 Photo of General Strange, commander of the militia forces at the Battle of Frenchman Butte
© Glenbow Archives

Frenchman Butte is of national historic significance because:

Frenchman Butte National Historic Site is situated on a gently rising knoll about five kilometres west of the hamlet of Frenchman Butte on the North Saskatchewan River. The area is marked by 98 defensive pits that were dug by the Cree warriors in 1885. The site is fairly heavily covered in aspen forest with views over the surrounding fields. There are almost no modern intrusions, thereby preserving a landscape that has changed little from 1885.