Following the Second World War, relationships deteriorated between the Soviet and the Western powers. In 1947, the USSR set up a buffer zone between Eastern Europe and West Germany. This step worried many western countries that considered the move to be part of "a policy of aggressive military expansion at home and subversion abroad 1."

This threat did not sit at all well with the Canadian government. For St. Laurent and his advisors, the solution was to be found in an agreement between the democracies on both sides of the Atlantic. He was looking to a defensive pact which would protect Western Europe against a Soviet attack and which would commit the United States to an involvement in world affairs. Such a commitment would have economic advantages for Canada as well, since the agreement would bring it together with its commercial partners.

In 1947 and 1948, the British, Americans and Canadians held what were initially secret discussions with regard to such a pact. At the end of 1948, negotiations aimed at a wider agreement became official.

Meanwhile, the world did not stay still: there was a communist coup d'état in Czechoslovakia, the Berlin blockade and the imminent victory of Mao in China. In Canada, St. Laurent announced to the House of Commons that Canada would join up with other free countries in order to establish "a dynamic counter-attraction of a free, prosperous and progressive society as opposed to the totalitarian and reactionary society of the communist world 2 ." Caught between the Soviet and American land masses, Canada could not remain neutral when faced with the possibility of war between the two major blocs. 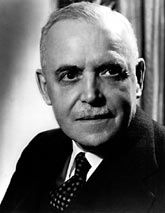 On April 4, 1949, Canada joined the North Atlantic Treaty Organization, as did most of the non-communist European countries. This was the first occasion on which Canada signed a defensive military pact in peace time.