A bit of history... about the museum 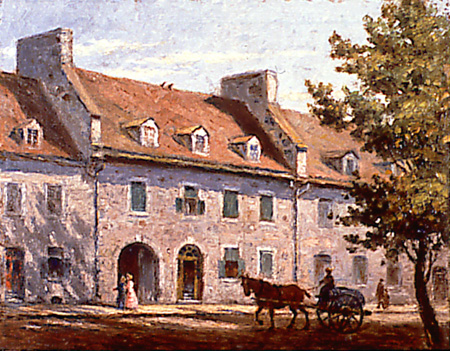 This historic site commemorating Sir George-Étienne Cartier (1814-1873), has been opened to the public since 1985. Cartier's family residences are located at the north-eastern edge of the historic district of Old Montreal.

In 1964, as part of a policy to commemorate the Fathers of Confederation, the Historic Sites and Monuments Board of Canada declared that the houses on Notre-Dame Street, which had been the residences of Sir George-Étienne Cartier and his family, were of national significance.

Parks Canada purchased them in 1973 and established a research program to learn more about the times, life and work of this illustrious figure and the features of his Montreal residences. Inaugurated 23 years ago, Sir George-Étienne Cartier National Historic Site houses thematic exhibits on Cartier's career, his role as a Father of Confederation, legislator and business man, and a Victorian interior meticulously recreated in the spirit of the 1860's.