The Cartier homes on Notre-Dame street were built in 1837 by their first owner, Arthur Ross. Neo-classical in style, the two houses share an adjoining coachway.

Cartier eventually acquired both properties in two separate transactions. From 1848 to 1855, the Cartier family lived in the 'East House'; from 1862 to 1871, they lived in the 'West House'.

A lawyer, politician and businessman, Cartier was a major figure in a number of crucial events in Canadian history. He played a decisive role in resolving several fundamental questions that presented themselves during the period.

A man dedicated to the ideals of progress, he set about reforming civil institutions and the law through the political mechanisms at his disposal. His dream of making Montreal the trading-hub of British North America accelerated the development of railways and industrialization.

Learning about his career and his achievements will bring you to the heart of a period characterized by major change and progress.

The deliberation begins with a short and very informative video that will paint a clearer picture of George-Étienne Cartier’s role in the development of modern Canada.

George-Étienne Cartier’s greatest moments are depicted on a massive silver centrepiece, gifted to him by his constituents for his accomplishments in 1863. More than just a decorative object, this work attests to Cartier’s political accomplishments as united Canada’s Prime Minister.

Embellished with numerous figures and symbols, the centrepiece bears witness to Sir George-Étienne Cartier’s personal and private life. A visually engaging projection allows for close-up contemplations of this silversmith piece!

Let yourself be seduced by the splendor of Victorian style

The interior of the 'West House' has been faithfully restored to recreate the sumptuous bourgeois decor typical of the 1860s. This home remains the only Victorian-era interior open to the public in Greater Montreal.

Admiring the rooms' furnishings, visitors can soak up the atmosphere that permeated the bourgeois homes of the past. Soundtracks located in most rooms feature characters who reveal some of the Cartiers' most intimate secrets. Listen in!

A lady, two travelling misses and a home 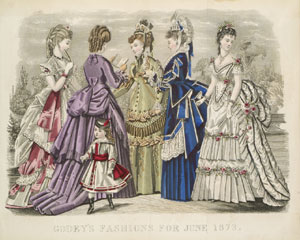 In the rooms where the Cartier daughters lived and grew to adulthood is an exhibition where they themselves reveal some of their memories through the pages of their diaries.

These private reflections speak to the rhythm of their young bourgeois lives in the city and on numerous excursions, from Saratoga to Cacouna by way of Quebec City. The Cartiers' steamer trunk, family photos, desk set, stamps and sewing accessories, etc.: all objects to admire as you make your foray into the daily lives of Hortense and Joséphine Cartier.

Champagne, Charlotte and Crinoline: A Victorian Christmas at the Cartier’s 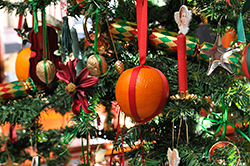 You'll be enchanted by the period gifts and decorations!

Experience the Magic of the Holidays at the Cartier House!

Throughout the year, the Cartier house takes on different hues in keeping with the subjects undertaken in our theatrical presentations. Come discover the magic of the holidays during the 19th century by visiting the thematic exhibition Champagne, Charlotte and Crinoline: A Victorian Christmas at the Cartier’s.

You'll be enchanted by the period gifts and decorations. Learn about the origins of Santa Claus. Don't miss the preparations for the réveillon!