The end of a reign, and the modern-day renaissance of the Site

The development of the Beauharnois canal in the mid-19th century gradually led to the abandonment of the Coteau-du-Lac infrastructures. Activities on the site significantly declined, and many buildings soon fell into a state of serious neglect.

Between 1865 and 1890, Georges Beaudet, a resident of Coteau-du-Lac and the tenant of the site, established a sawmill upon the canal ruins. From 1893 to 1899, the provincial Department of Railways and Canals operated a stone quarry along the Delisle River. In 1923, the historic interest of the site was officially recognized. 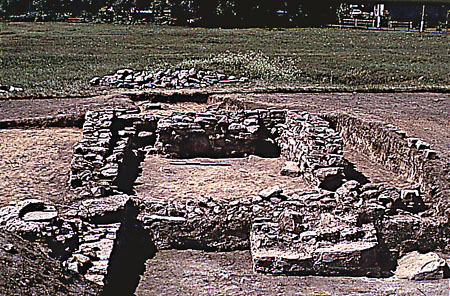 In 1965, Parks Canada undertook a major campaign of archaeological excavations on the site. During the next three years, archaeologists unearthed the remains of the main buildings and collected an impressive quantity of artifacts that testified to various phases of occupation of this area.