Why Build a Canal at Coteau-du-Lac? 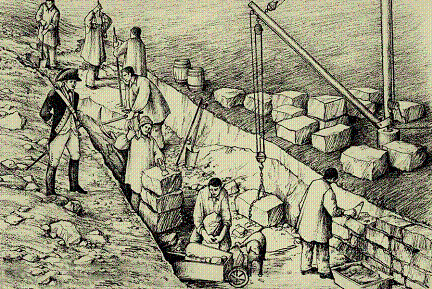 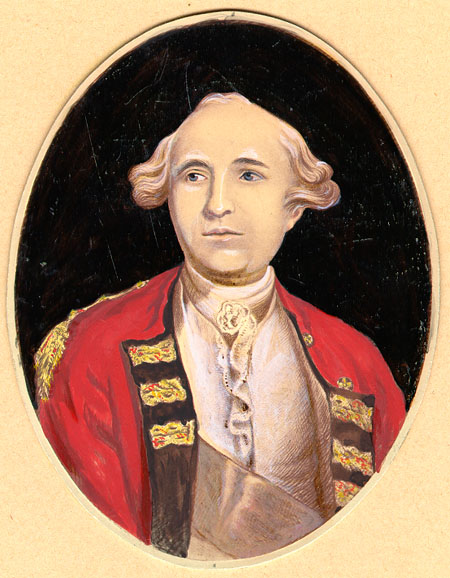 The American War of Independence (1775- 1783) revealed up a number of serious flaws in the British defence system. The western frontier of the colony was protected by the military outposts on the Great Lakes. However, these outposts were all the more vulnerable for being difficult to reach. Troop and merchandise transport via the River was seriously slowed by the rapids located upstream from Montréal. In particular, the rapids at Coteau-du-Lac were the most difficult to get past. Skirting the rapids by going inland prolonged supply times. To solve this problem, Governor Haldimand ordered for a canal to be dug at Coteau-du-Lac. 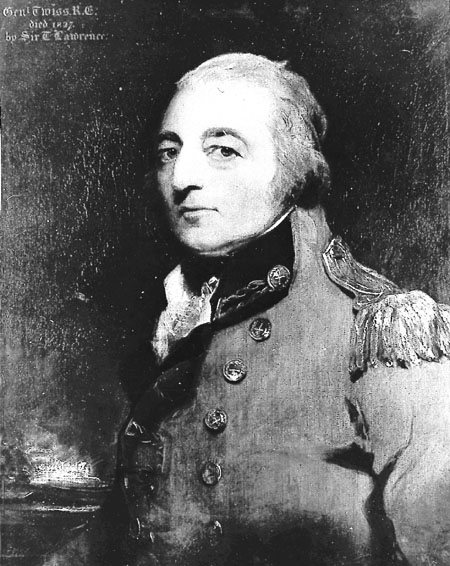 Captain William Twiss, a top ranking engineer who enjoyed notoriety both in Canada and in Great Britain, was the commander of the British army Royal Engineers. It was Captain Twiss who was the true instigator of the Coteau-du-Lac canal. Twiss proposed building a fortified canal as a means to accelerate shipment of military supplies westward.