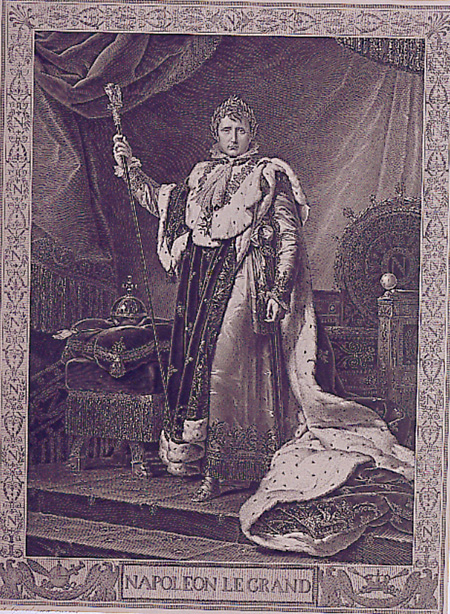 The conflict pitting the United States against England was part of a broader context formed by the Napoleonic Wars in early 19th-century Europe. The France of Napoléon Bonaparte and the Great Britain of George III were then engaged in economic warfare, giving rise to a situation in which France reigned over most of the European continent whereas England ruled the seas.

The fundamental stakes of the conflict between France and England centred on the economy of both countries. Thus, much like the battles themselves, blows to the enemy consisted in actions designed to reduce the other side's capacity to carry on business. A dual blockade thus ensued, in which France forbade British ships from trading with the Continent and Great Britain prevented French ships from leaving any continental port whatsoever. In turn, these economic barriers spurred trade with neutral countries like the United States, as all European cargo was then carried aboard American ships.

The United States wanted to avoid becoming embroiled in this conflict. But as trade with Europe played a major role in its economy, the dual blockade enforced by France and England made it difficult to remain neutral. Great Britain was set on preventing France from shipping or receiving goods, whatever their source or destination. The United States, on the other hand, was determined to pursue trading with the European mainland. The status quo only exacerbated the tensions already existing between Great Britain and the United States.

A number of incidents occurred between the United States and England. On June 22, 1807, the English vessel Leopard overhauled the U.S. frigate Chesapeake in search of British deserters. Three American sailors were killed in the broadsides fired by the Leopard. As this new outrage came on top of the British-enforced ban on trade by neutral vessels with the Continent, American exasperation reached such heights that the United States government adopted the Embargo Act. Under this law, American ports were closed to all forms of foreign trade and commerce.

Beside the trade-related problems, an additional source of conflict was to be found in the Americans' eagerness to acquire lands to the west, in what then was Indian territory. Aboriginal resistance to American encroachments fit into a pattern of border wars conducted from coast to coast in an attempt to preserve heritage and traditions. However, American public opinion maintained and amplified the notion that Great Britain was aiding the Amerindians.

American expansionism also called for incorporating Canada into the Union, a position that had previously been implemented during the American Revolution of 1776-1781. The Chesapeake incident only served to revive this project, and catalyzed the movement toward war between Great Britain and the U.S. However, the American navy was too weak to directly take on the English navy, thus prompting the United States to set its sights on Britain's colony, Canada.
This accumulation of irritants and incidents led U.S. President James Madison to request and obtain adoption by Congress of a declaration of war against England on June 18, 1812.