The following illustrated glossary provides a series of definitions and pictures that will be of help in grasping the context of the War of 1812.

An obstacle created by felling trees across a route so as to interlace with other trees. (Term and definition officialized by the Engineers Terminology Working Group)

Amerindian military corps were levied during the War of 1812. About 250 to 300 Amerindians took part in military action in the course of this war. Among other things, the military authorities relied on the Amerindians' knowledge of the territory and their skill at laying ambushes.

The Canadian Fencibles is a provincial regiment of light infantry composed of regular soldiers (as opposed to militiamen), recruited in British North America. Under the orders of Captain Ferguson, a Canadian Fencibles company took part in the Battle of the Châteauguay. Before the war began, other Fencibles regiments were recruited in three maritime provinces (Newfoundland, Nova Scotia and New Brunswick) to serve in North America.

Soldier in the Canadian Voltigeurs wearing the grey and black uniform with a bearskin cap
© Parks Canada / G. A. Embleton

The Canadian Voltigeurs were a corps of light infantry formed by a group of volunteer soldiers. Raised by Charles-Michel de Salaberry during the War of 1812, this corps of militiamen enlisted recruits for the duration of the war.

Shallow part of a watercourse that may be crossed on foot, on horseback, or by land vehicle. (Terminology validated by the Canadian Permanent Committee on Geographical Names ( CPCGN )

Major General Wade Hampton commanded an American army that attempted to reach Montréal via the Châteauguay River valley. Hampton headed the American troops during the battle of the Châteauguay. 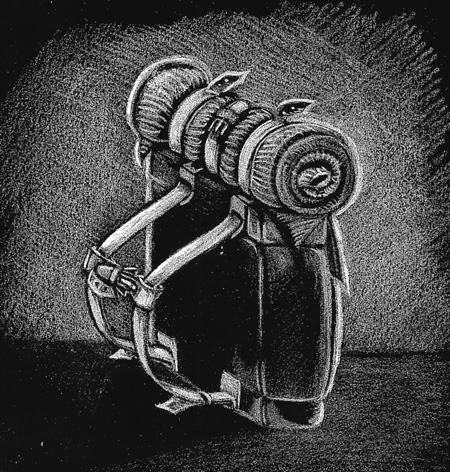 This soldier's knapsack was made of a wood frame covered with heavy canvas. It was used by soldiers to carry personal belongings such as a change of clothing, a repair kit for their uniform, mess tin and utensils, etc. A blanket or coat was generally placed in a roll on top of the haversack. 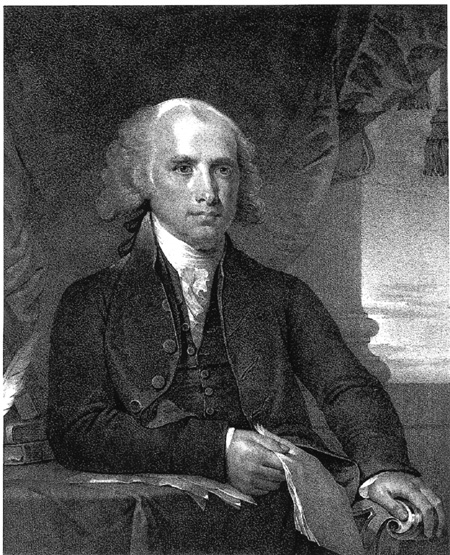 James Madison, President of the United States from 1809 to 1817, obtained adoption of a declaration of war against England by Congress on June 18, 1812. 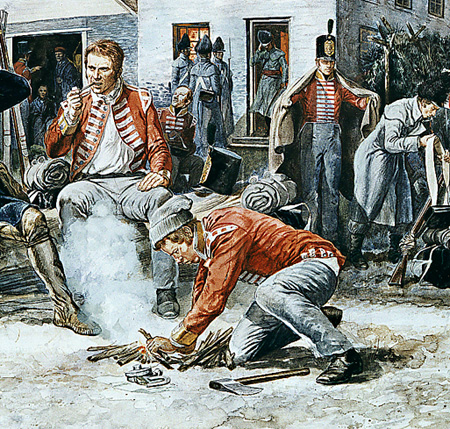 Under the British colonial administration, all men from 16 to 60 years of age were compelled to perform military service in the militia. Militia officers were responsible for training militiamen several days every year. Whenever war broke out, militias were called up to aid the regular army in repelling enemy attacks. During the War of 1812, Lower Canada numbered three types of militia: Sedentary Militia corps, Volunteer corps, and Select Embodied Corps. 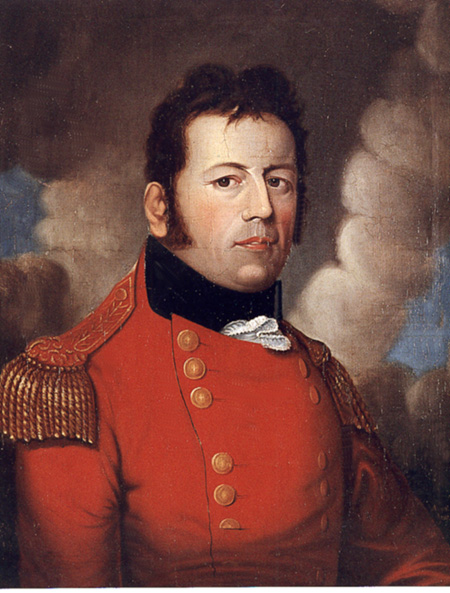 Sir George Prevost was Governor General and Commander in Chief of British and Canadian troops in Upper and Lower Canada during the War of 1812. 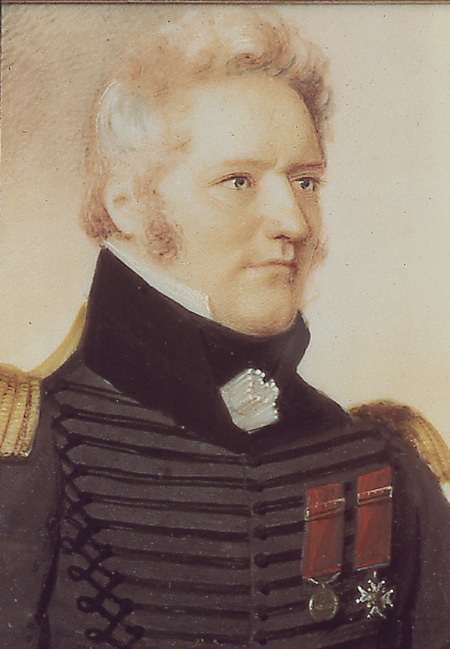 Lieutenant Colonel Charles-Michel d'Irumberry de Salaberry commanded the victorious Canadian troops during the battle of the Châteauguay. De Salaberry was also the man entrusted with levying the Canadian Voltigeurs on April 15, 1812. 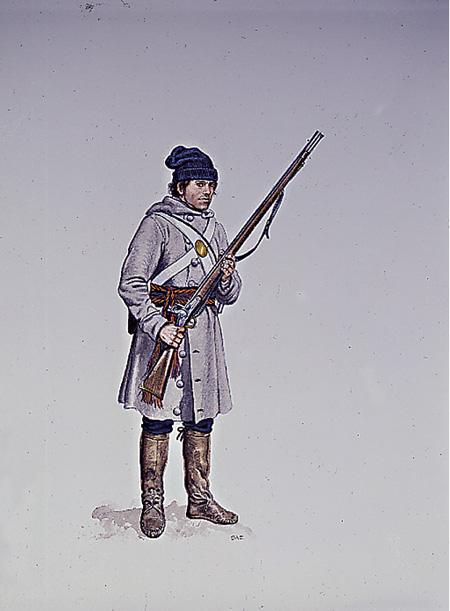 Member of the Sedentary Militia
© Parks Canada / G. A. Embleton

The Sedentary Militia included men who had to enrol each year in the local militia for military drills and training. In time of war, Sedentary Militiamen were called on to aid the mobilized regulars. 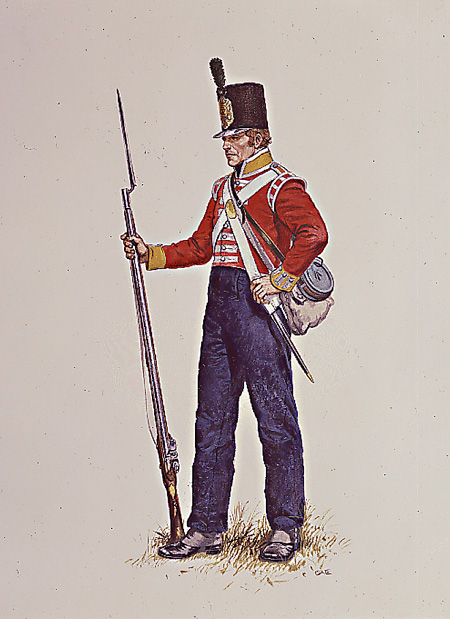 The Selected Embodied Militia was created on May 28, when Governor George Prevost ordered the enrolment (drafting) of 2 000 militiamen, who were chosen by the drawing of lots. Four battalions were formed up at once to aid the regular army. Additional major enrolments were carried out until the end of the war.