History of the Windmill

The Battle of the Windmill in 1838 was a bloody event in the complex struggle between the "Family Compact" and the "Reformers" for control of the British colony of Upper Canada. Members of the Family Compact, who directed the machinery of government and held most of the lucrative government offices, regarded themselves as the natural leaders of the colony, akin to the British aristocracy. A mixed group of professionals, merchants, businessmen and farmers, the Reformers felt excluded from their rightful share in power, their concerns being effectively ignored by the dominant Family Compact.

William Lyon Mackenzie was one of the best known of the Reformers. Although generally disliked by the Reform leaders because of his extremism, he became the voice of reform in the 1820s and 1830s, through his newspaper, the Colonial Advocate. His failure to win any concessions from the Family Compact eventually moved Mackenzie even further towards radicalism when he came out in support of a republican form of government for the colony. The result was his alienation from the main body of Reformers.

The turning point in the struggle in Upper Canada was the election for members of the Legislative Assembly in 1836. With the support of the lieutenant-governor, Sir Francis Bond Head, the backers of the Family Compact successfully turned the campaign into a choice between loyalty and disloyalty to the crown. The election went against the Reformers and their defeat convinced Mackenzie and his radical followers that the time had come for armed rebellion. The stage was thus set for the events of 1837 - 1838 which endangered the survival of Upper Canada as a British colony. 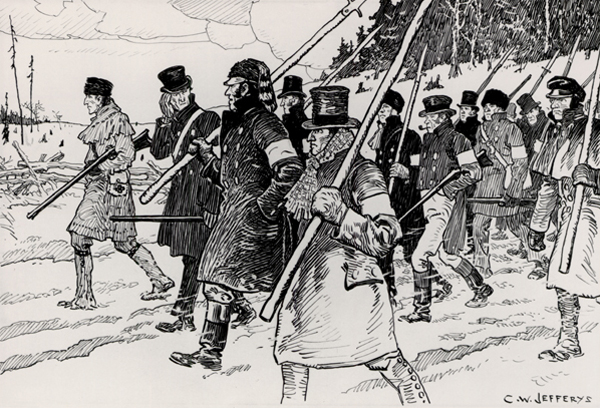 The march on Toronto, 5 December 1837-A group of men under the leadership of William Lyon Mackenzie march on the provincial capital of Toronto, their aim was to overthrow the government of Upper Canada.
© C.W. Jefferys, Portrait Gallery of Canadian History

Mackenzie was an effective writer and an orator, but not a gifted politician. He promised his followers that once the banner of insurrection was raised, they would be joined by thousands of supporters. But he had completely failed to accurately judge the mood of the colony. Widespread dissatisfaction did not translate into support for rebellion. Mackenzie's call to rebellion in early December, 1837, failed to draw the support he anticipated and the rebellion was put down in short order by the authorities.

Mackenzie and his followers fled across the border into New York State and their escape produced a more serious danger to the colony than their attempt at rebellion. Many Americans, particularly in the northern states were convinced that the Canadian colonists were a downtrodden people anxious to overthrow British rule and create a republic modelled after their own. From the moment the radicals arrived they found themselves the focus of this anti-British sentiment and their presence became the catalyst for the creation of a secret organisation whose members were known as Hunters, which sprang up along the border from Maine to Ohio. It is estimated that, in New York State alone, 283 Hunters lodges were established with over 20,000 members.

The radicals and their new-found American supporters initiated raids across the border early in 1838. In May, one such group led by the self-styled "Admiral of the Patriot Navy," Bill Johnston, captured the British steamer Sir Robert Peel when it stopped to pick up wood on its journey upriver from the town of Prescott on the St. Lawrence River. As a result of this event, Sir John Colborne, Commander-in-Chief for the Canadas, ordered that Fort Wellington, the War of 1812 fort at Prescott, be repaired and a substantial new blockhouse built. Work began at the fort in the late summer of 1838 and, although not completed, Fort Wellington was ready enough to play its role in the Battle of the Windmill.


The Battle of the Windmill

© Rene Schoemaker
Downstream from Prescott but within sight of the town, the stone windmill that became the focus of the Battle of the Windmill in November 1838 still stands. Sixty feet in height with thick rubble stone walls, it was in the midst of a tiny hamlet called Newport, containing about a dozen buildings. The windmill itself is at the top of a steep slope that rises thirty feet above the river.

Only a few weeks before the landing at Windmill Point, Hunter leaders in the northern part of New York State had made the momentous decision to invade Upper Canada, choosing the town of Prescott as their point of attack. Preparations were elaborate, entailing gathering men from far and wide and the weapons to arm them, and arranging for their transportation to the American town of Ogdensburg, opposite Prescott. All these activities had to be undertaken in secrecy, for the American government did not look favourably upon an attack by Americans on Canada when no state of war existed between Britain and the United States. But, in the end, secrecy was not possible, for the British authorities had managed to infiltrate the Hunters and their spies reported back on the location and approximate timing for the attack on Prescott.

The Landing at the Windmill 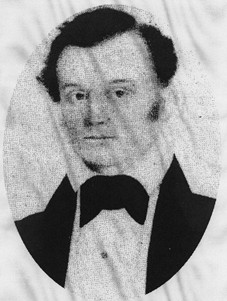 Commander of the Invaders, Nils von Schoultz
© Archives of Ontario
The goal of the invaders was Prescott but the element of surprise that they needed for success was no longer possible. The residents were on the alert. When, in the early morning hours of Monday, 12 November, suspicious vessels were spotted heading to the shore, the alarm bell sounded to bring the populace out to the defence of their town, forcing the nighttime invaders to flee to the safety of American waters. They were not, however, disheartened by this initial failure. Convinced that once they landed on British soil they would be joined by countless discontented Canadians, they chose another landing spot: Windmill Point.

The initial attempt at invasion had been a fiasco. The events that unfolded at Windmill Point were bloody and tragic. The invaders numbered about 250 men with the expectation that reinforcements would add considerably to their numbers. They were well equipped with rifles and artillery, and enough ammunition for four or five days of fighting. Their newly-elected commander, Nils von Schoultz, seemed an ideal leader for their enterprise. The Point itself was a strong defensive position and the windmill gave them a bird's-eye view of the surrounding countryside. British troops could not move on them unobserved. To them, their prospects appeared favourable. 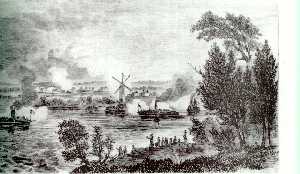 The Battle of the Windmill, 13 November 1838-view from the American side of the river
© Toronto Reference Library
13 November, Tuesday:The British authorities had moved quickly upon receiving news of the invasion, gathering together in Prescott a small force of local militia and regular troops, supported by steamers patrolling the river and armed to fire on the windmill. Early on Tuesday morning, the guns of the steamers opened fire but it was soon evident that their armament was not up to the task of seriously damaging the structure. At about 9 o'clock, the British troops numbering nearly 600, were on the move. Von Schoultz quickly ordered his men to take their positions and, when the British arrived within range, to open fire.

If the British thought that they would have an easy victory, the Hunters quickly proved them wrong. The fighting went on for five hours, at which time the British withdrew their force, leaving the Hunters still in control of the windmill site. A later report stated that 13 British soldiers were killed and 78 wounded, while the Hunters were thought to have lost 18 killed, 20 wounded and 26 taken prisoner.

14 - 15 November, Wednesday and Thursday: The Hunters had succeeded in fending off the British attack but their situation was precarious. They had suffered heavy losses. Their supplies of ammunition and food were almost gone. The reinforcements that they had anticipated from Ogdensburg showed no sign of arriving. And worst of all, the support that they had expected from discontented Canadians failed to materialise. All they could do was sit and wait for the return of the British troops.

16 November, Friday: From the windmill the Hunters had an excellent view of the preparations of the British for a second attack. What they saw must have oppressed their spirits: more troops, more and better armed steamers, moving in to place for a final attack. It began at 3:30 in the afternoon when the British artillery started the bombardment of the windmill. Then, as the sky was darkening the British, 1000 strong, moved in for the kill.

The battle was short-lived. While some of the Hunters quickly surrendered, many put up a strong resistance. But their efforts were futile. The fighting was over by 6 o'clock with the surviving Hunters either laying down their arms or fleeing the battle field under the cover of darkness. 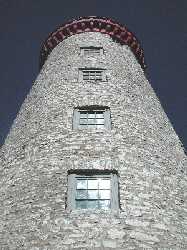 The Hunter invasion was an adventure undertaken by a group of men driven by the search for excitement and by the ideals of republicanism. From their perspective, the goal of liberating the Canadian colonies from oppressive British rule was laudable. They weren't to know until it was too late, that most Canadians failed to share their point of view. Of the 250 men who arrived at Windmill Point on 12 November, as many as 50 remained behind in common graves dug near the site. While some managed to escape and return to their homes across the river, many were captured and transported to Kingston for trial.

The process of trials and punishments required many months to complete. There were few acquittals (40), and relatively few executions (11, including Nils von Schoultz). 60 were convicted and transported to a British penal colony in Australia. 86 were condemned, but later pardoned and released to return to their homes.