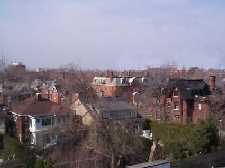 Laurier House is located in Sandy Hill, a fashionable residential area within easy commuting distance of Ottawa's commercial and political centre. In addition to Sir Wilfrid Laurier and Mackenzie King, a number of prominent political figures found Sandy Hill a desirable place to live: Canada's first prime minister, Sir John A. Macdonald and his wife, Agnes, lived in three different houses in Sandy Hill, the only one of which survives being the impressive stone house known as Stadacona Hall on Laurier Avenue, near Laurier House. Sir Charles Tupper, who became prime minister in 1896, lived a few streets away from Laurier House in the early 1870s. Sir Robert Borden, the man who defeated Sir Wilfrid Laurier in 1911 and led Canada during the First World War, lived in Sandy Hill as did Lester B. Pearson who owned a quaint Gothic cottage just around the corner from Laurier House. Pearson served as prime minister from 1963 to 1968. 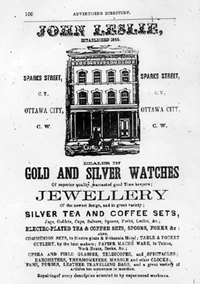 In 1850, John Leslie, a prosperous Ottawa jeweller, bought a piece of land on the outskirts of Ottawa, in an area that came to be known as Sandy Hill. When Ottawa became the capital of the new Dominion of Canada in 1867, Sandy Hill grew in importance and prestige. Because it was close to the business and political centre of the city, wealthy Ottawa families and senior civil servants found it a desirable neighbourhood in which to live.

John Leslie left his property vacant until the late 1870s when he finally decided to have a house built. He chose the Second Empire Style, popular in North America at the time for public buildings and houses. The Leslie family moved into their fine, new home in 1879. John Leslie died in 1895 and his widow in the next year. 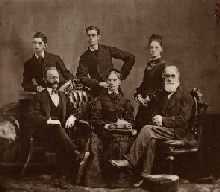 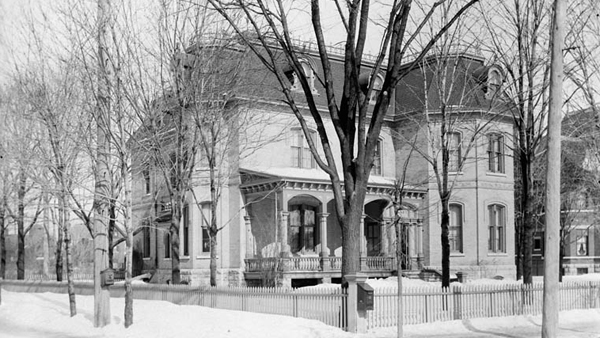 When Sir Wilfrid Laurier became a member of Parliament in 1874, he and his wife Zoé were living in Arthabaska, a small town in the Province of Quebec. As a member, he was required to be in Ottawa only while the House of Commons was in session and, consequently he and Zoé had no reason to buy a house in the capital. Their situation changed drastically after Laurier became Canada's prime minister in 1896. Because the government of Canada did not provide a residence for the prime minister, the Lauriers had to find a house of their own that would be appropriate to his office as prime minister and large enough for the entertaining that they were expected to do. As Laurier was not a wealthy man, this presented them with a major problem. The solution was found by a group of friends who raised the money to buy the Leslie house in Sandy Hill and to set up a fund to help the Lauriers pay the expenses of running it.

Sir Wilfrid and Lady Laurier moved into their new home in the fall of 1897. They remained there through the years when Laurier was prime minister and afterwards when, the Liberal party having lost power, he became the Leader of the Opposition (1911 - 1919). There they died, Laurier in 1919, Zoé in 1921. 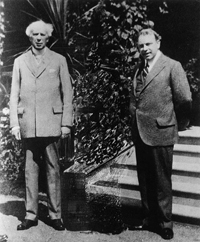 In 1919, William Lyon Mackenzie King succeeded Laurier as the head of the Liberal party and leader of the opposition. Two years later he led the Liberals to victory in the general election and became prime minister. He also in 1921 became the owner of the Sandy Hill house where the Lauriers had lived for so long.

The house came to him as a bequest under the terms of Lady Laurier's will. King had, for many years, been a friend and staunch supporter of Laurier and the gift of their house to King may have been her expression of thanks to her husband's successor. King demonstrated his gratitude by giving the house the name by which it continues to be known: Laurier House. Like Laurier he was not a wealthy man and was worried about being able to afford to live there. As with Laurier, friends of the Liberal party came to the rescue, raising funds not only to operate the house but to extensively renovate it. 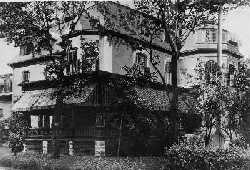 The renovations to Laurier House delayed for many months King's move to his new home. At last, in his diary entry for 12 January 1923, he was able to record "I am writing for the first time in my new library at Laurier House and spending the first night beneath my own roof." He lived there for the remainder of his life.

King became Canada's longest serving prime minister, holding the office for over twenty-one years. He fought and won his last general election in 1945. Poor health forced him to retire three years later. He died in 1950. By the terms of King's will, Laurier House and most of its contents were bequeathed to the people of Canada. Since 1951, it has been open to the public.

Laurier House is a national historic site administered by Parks Canada, the agency of the federal government responsible for protecting and presenting significant examples of Canada's natural and cultural heritage. Parks Canada's goal at Laurier House is to ensure the preservation of the building and its invaluable collection of Laurier and King artifacts; and to provide Canadians the opportunity to understand and appreciate the contribution of these two prime ministers to Canada's history.