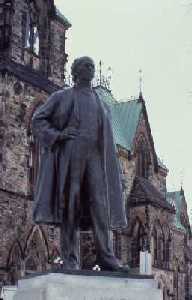 Sir Wilfrid Laurier served as a member of Parliament for over forty years. He was the leader of the Liberal party from 1887 to 1919, and prime minister of Canada from 1896 to 1911. His accomplishments were on such a scale that he is remembered today as one of Canada's greatest political leaders.

When Laurier became prime minister, he took over a country that had been politically adrift since the death of Sir John A. Macdonald in 1891. Four prime ministers had followed Macdonald in quick succession. Generally lacking the political skills of the "Old Chieftain", they proved unable to cope with the issues of the day and to provide the leadership needed to build on his accomplishments. Laurier's arrival in the prime minister's office was like a breath of fresh air. Canada's first prime minister of French Canadian descent, Laurier had a vision of Canada's potential that guided him throughout the fifteen years that he presided over the nation's destiny. 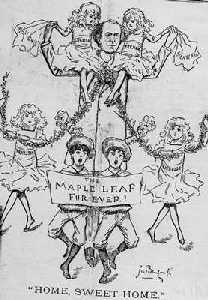 One of the principal features of his vision was a strong sense of national unity. As a young man, he asserted that "The unity of the people is the secret of the future", ["L'union entre les peuples, le secret de l'avenir"] by which he meant that Canada's well-being depended on the willingness of Canadians, whether French-speaking or English, whether Protestant or Roman Catholic, to work together for the benefit of all. Throughout his life, Laurier laboured to achieve this end and it influenced his decisions on difficult political problems. Some issues were too divisive to admit of compromise despite his best efforts. When he was leader of the opposition at the beginning of the First World War, he supported sending Canadian troops overseas but refused to accept conscription - thus losing the support of both the English who demanded compulsory military service, and of the French who felt that a European war was of no concern to Canada. Often he was successful in what he called "the cause of conciliation, harmony and concord", and the sense of Canadian identity that he fostered enabled him to forward another feature of his vision: Canada's autonomy from Great Britain.

Laurier and the British Empire 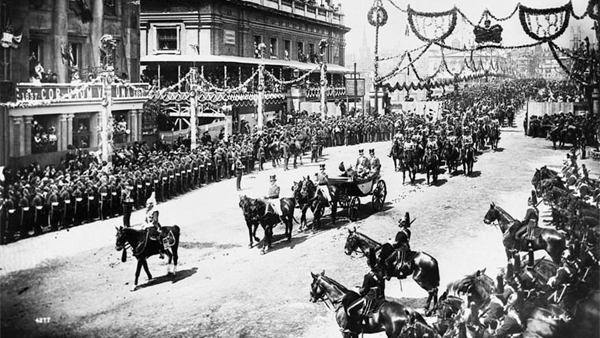 Confederation in 1867 led to the creation of the Dominion of Canada, a self-governing country within the British Empire. But there was no clear idea at the time of the extent to which the new dominion was still tied to the authority of the British government. It was recognised that Britain controlled Canada's relations with other countries; it was less certain to what extent Canada's economy should be bound to Britain's and whether Canada would automatically support Britain when the Mother Country became involved in a war.

Laurier was a staunch supporter of Canada's association with Britain and the British Empire. It would never have occurred to him to weaken these bonds. He was also a staunch nationalist who believed in Canada's destiny as an autonomous country within the British Empire. The consequence, throughout his years as prime minister, was his successful resistance to British pressures to form closer imperial ties, both economic and political, for he could see no advantage to Canada in doing so.

By placing Canada's interests before those of Great Britain, Laurier created amongst Canadians a greater sense of their own nationhood.

Laurier and the Growth of Canada 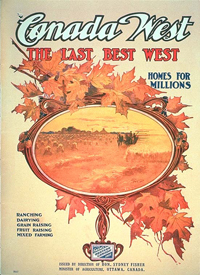 "Canada West: The Last Best West." Cover of the pamphlet "Canada West", produced by the Department of the Interior 1909.
© Library and Archives Canada / c-30620

For Laurier, unity and autonomy were not ends in themselves. Rather, they were means to encourage Canadians to work together to strengthen their country and make it prosperous. Laurier optimistically predicted that the twentieth century would be a time of great achievement for Canada and his government focussed on encouraging industry in the eastern part of the country and the settlement of the rich agricultural land of the prairies. In many ways, Laurier's approach was a continuation of the National Policy of Sir John A. Macdonald but with even more success. Under Laurier's leadership, Canada experienced unprecedented growth and took giant strides towards achieving his vision of the country's future.