The Lauriers come to Laurier House 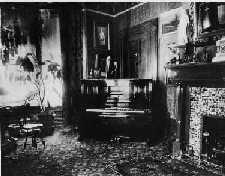 Before the purchase of the fine Sandy Hill house that had belonged to John Leslie, the Lauriers, when they were in Ottawa for extended periods, had lived in a furnished apartment at the Russell House Hotel, one of the most fashionable in Ottawa. In 1897, they moved into their new home, described as being "handsomely decorated and furnished", altogether a residence suitable to Canada's prime minister.

Because the house was their personal property, the Lauriers were free to make whatever changes to it they wished. Two of their major renovations have survived to the present day: the wonderful verandah, sweeping across the front and side of the house, and a two storey addition to the back, accommodating a dining room for the servants and a bedroom on the second floor.

There is little visual evidence for the appearance of the interior of the Lauriers' house. Photographs of their morning room and drawing room exist, as well as images of Laurier's second floor study and third floor billiard room. What the camera recorded was a comfortable and homey environment, well furnished but not rigidly formal in appearance. 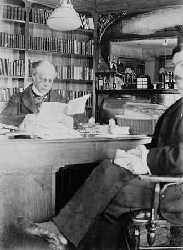 Sir Wilfrid Laurier and his secretary M. Boudrias in his study at Laurier House, 1897
© Library and Archives Canada / C-061705

For the Lauriers, this was their home, a place for entertaining friends and relatives. Even the political functions that they hosted were casual and relaxed in nature. Laurier often issued last minutes dinner invitations to political colleagues, and Zoé Laurier was fond of organising card parties (she particularly enjoyed playing poker) and musical evenings. Although they liked entertaining, they also enjoyed quiet times without company. Laurier was an avid reader and enjoyed nothing so much as the times he could spend in his study in the company of his library of over five thousand books. The morning room was Zoé's domain where she kept her player piano and cage of pet birds. Knitting was one of her favourite hobbies and the Laurier House collection contains a pair of gold knitting needles that she received from her husband on the occasion of the golden anniversary of their marriage.

Laurier House was conveniently located close to downtown Ottawa and the Parliament Buildings. Laurier's routine, when the House of Commons was sitting, was to spend his day in his Parliament Hill office, returning for dinner at 6:30 before the evening session of the House at 8:00. Laurier never owned a carriage of his own and, until he bought a motor car in 1909, he often travelled to Parliament Hill on the public streetcar that ran past his front door to the downtown area. When the House was not in session, he preferred to work in his study at home, dealing with the paper work of government with the assistance of a private secretary. 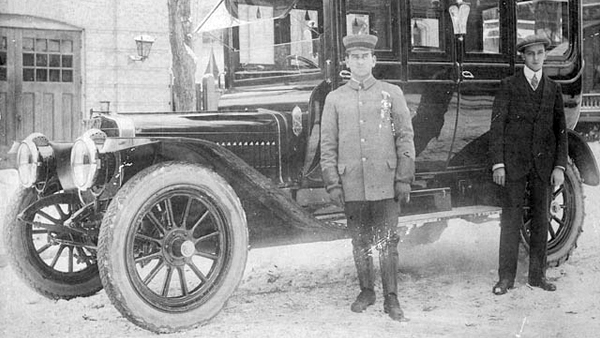 Laurier House was a large house whose management required the presence of servants. There is little information on the domestic staff at Laurier House, but it appears that the Lauriers employed at least five servants: a chauffeur, a butler, a cook and two maids. The servants seem to have lived in, occupying bedrooms on the second and third floors of the house. The chauffeur lived in a flat above the garage that the Lauriers had built in 1909. Another member of the domestic staff was named Yvonne Coutu who was hired as a companion and secretary for Lady Laurier because, sadly, she began to lose her sight in 1908. 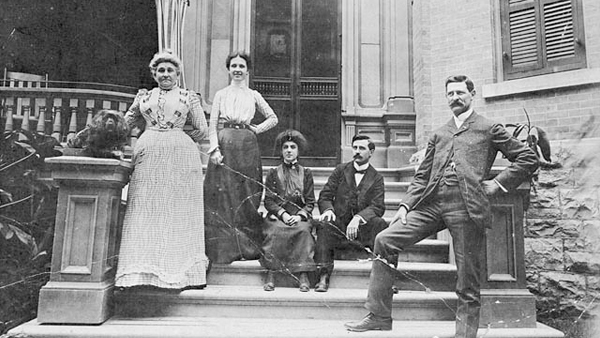 With the death of Lady Laurier in 1921, the house passed out of the family to a new owner, William Lyon Mackenzie King . Lady Laurier bequeathed the furnishings to members of the Laurier family, except for "the historical gifts which were given to my regretted husband sir [sic] Wilfrid Laurier, in the course of his trips in England", which were given to King and still remain on view in Laurier House. Happily, thanks to the generosity of family members, a number of Laurier objects have returned to the house, most notably furniture from the Lauriers's drawing room, displayed in what is now known as the Laurier-Harvey Room.